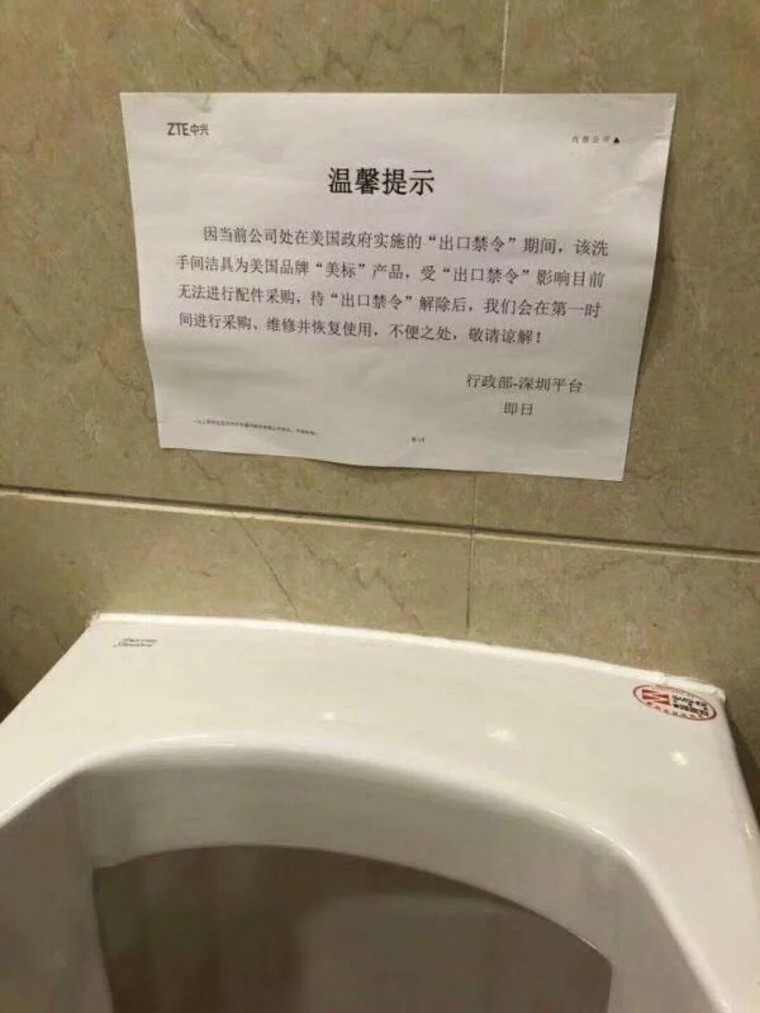 The US government's prohibition on all American companies from selling any goods to ZTE may be hitting it even harder than expected. Not only has the ban almost shuttered the company, but a report from the South China Morning Post suggests the company is unable to fix even a broken urinal!

The information comes via the power of social media, as a ZTE employee on Weibo shared a rather ominous notice above one of the urinals at the company's offices. The notice, originally in Chinese, says,

Our company is now subject to the export ban posed by the US government. Since this bathroom appliance is a product of American Standard, we can’t procure the spare parts for repair due to the export ban. When the export ban is lifted, we promise to get the parts, repair it, and resume operation at once. We regret any inconvenience this may have caused.”

It seems rather strange that one of the biggest tech companies in the world can't afford to source a locally-made urinal in lieu of the defective one. Perhaps the Chinese giant hopes a tongue-in-cheek plea for help will prove more effective than the personal exhortations of Chinese President Xi Jinping to President Trump.

The conversation between the two premiers seemed to have temporarily alleviated some of the pressure on ZTE at the cost of an impending $1 billion fine, but the company's future looks bleak once again as the United States Senate recently voted to reinstate the ban, despite Trump's promise. If also approved by the House of Representatives, it would spell almost certain doom for what is currently one of the top 5 smartphone makers in the world.