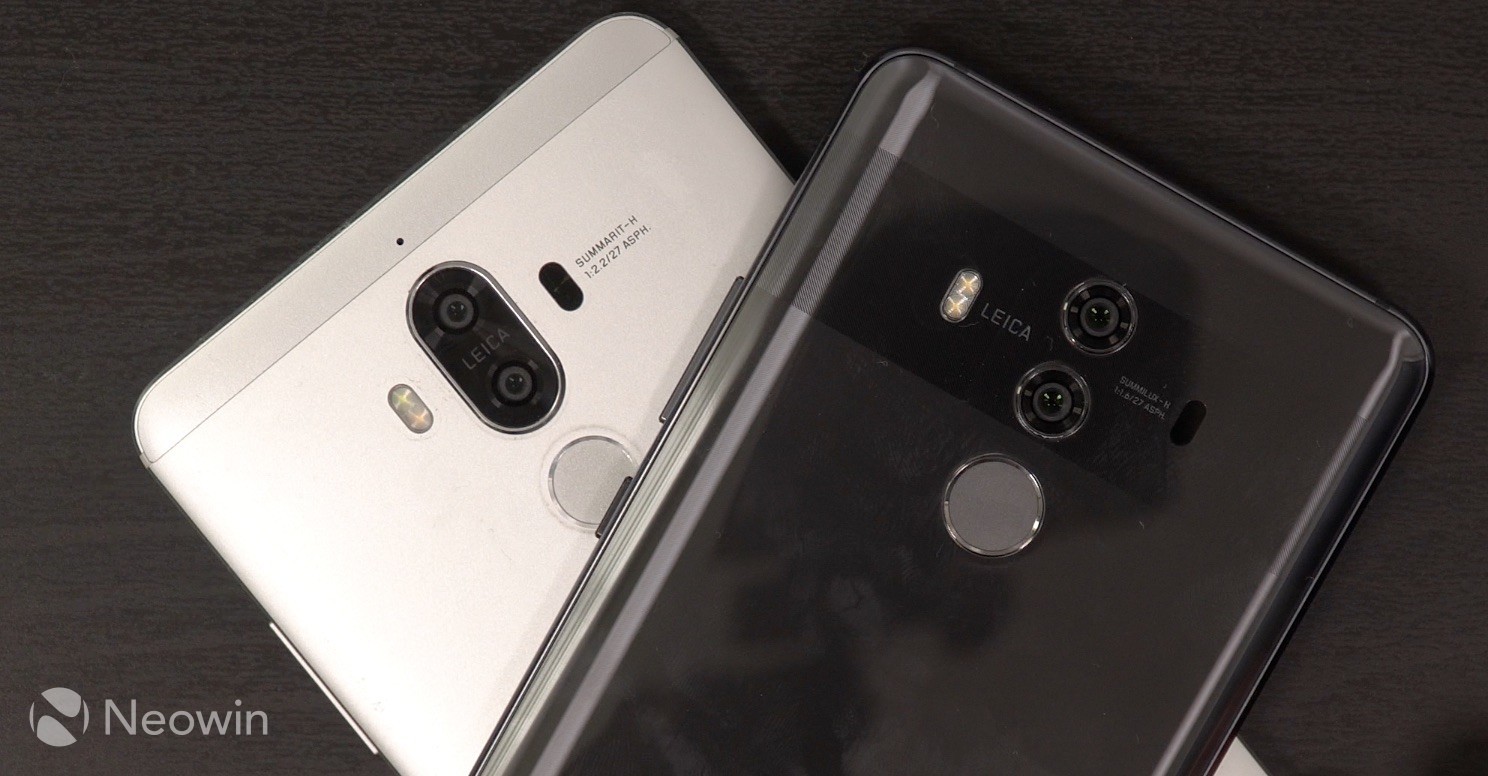 It wasn't that long ago that Huawei pledged to make progress when it came to offering its products to those in the United States. While it has made great strides to stock its smartphones in some of the more popular retailers like Amazon and Best Buy - it still hasn't managed to penetrate U.S. wireless carriers. Despite setbacks, the Mate 10 Pro made its U.S. retail debut last week through multiple channels and even came with an added bonus when purchased. We've already shown you the unboxing but now have put together a short video comparing the Mate 10 Pro versus last year's Mate 9.

Huawei has done a pretty good job of keeping with trends, advancing the design and specifications of its devices. The Mate 8 was a large phablet handset that was in all honesty, a bit tough to hold, but it doubled down on the look for the Mate 9, but made the handset more comfortable to hold in hand. So it comes as no surprise that the Mate 10 Pro is even better, with improved looks and even more comfortable feeling when in hand with its overall smaller frame.

Perhaps one of the more glaring omissions from this year's Mate 10 Pro is the headphone jack. This is a trend that has become more common, but something that hasn't been embraced by all manufacturers, and for good reason. Luckily, Huawei is kind enough to include a pair of USB Type-C headphones in the box, along with a USB Type-C to 3.5mm adapter. Hopefully, the comparison gives you a better idea of the sizing between the two. If interested in a more in-depth look, be sure to check out Rich Wood's review of the international variant of the Mate 10 Pro.