Before Instagram came to be and the smartphone became an integral part of people’s social networking lives, DailyBooth provided users with the ability to provide photoblogging under the slogan “Your life in pictures”. 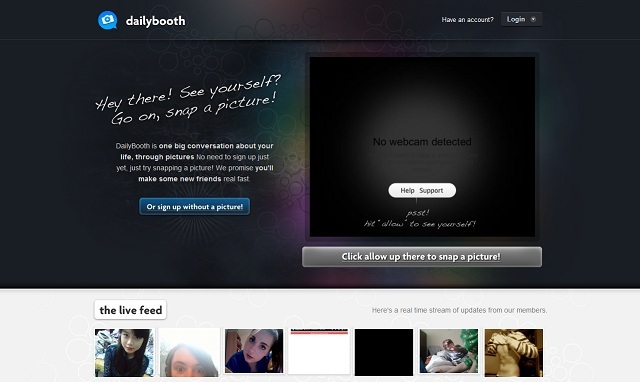 Over the weekend, reports started to circulate that the site was to close, with users lamenting the closure, and some understanding the decision, having already jumped ship to Instagram.

Dailybooth is officially dead. Expect an official email soon if you haven't already got one.

Just got an email saying DailyBooth is shutting down. Sad, but I can see why. I jumped to Instagram a long time ago.

Well it has been officially confirmed that the site will close. Users of the services received an email saying that DailyBooth was shutting down.

As of November 14th, users will lose the ability to add new content and up until December 31st, they can download their pictures. After that, they will be permanently deleted. 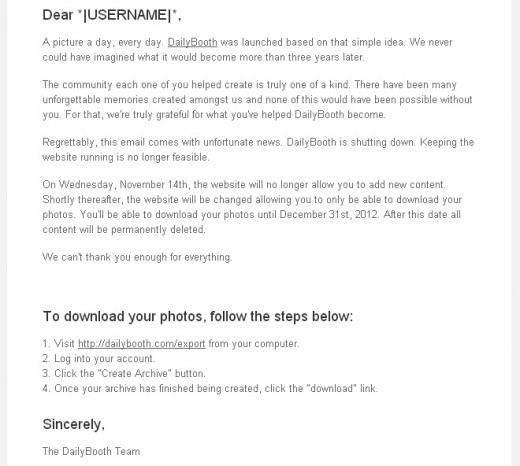 A copy of the email received by DailyBooth users

Even though community funding raised more than $7 million, the writing was on the wall for the site. Airbnb acquired the team behind the site and its Batch photo app in July 2012 and prior to this in March the service was “no longer under active development.” It seems that the closure of the site is tying up any and all loose ends.

Were you a user of DailyBooth? Do you still use the site or have you jumped to other services such as Facebook, Twitter or Instagram? We’d love to know what you think.

Source and image: The Next Web