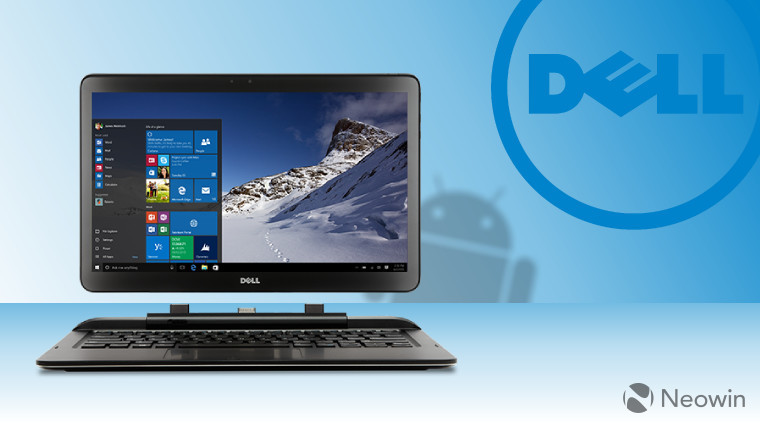 Dell announced today that it would be discontinuing its Android tablets. Instead, it will be focusing its efforts on 2-in-1 devices running Windows.

We believe 2-in-1s are starting to become the preferred device for those in the workplace who occasionally want to operate the device in tablet mode, which is why we’re continuing to invest in the space, while beginning to divest from the slate tablet market.

The company says that there are two reasons for investing in 2-in-1s. One is that the firm believes in the value of such a device, and the other is - you guessed it - Dell sees the growth in the hybrid PC market.

Dell notes that standard "slate" tablets saw a 21.1% decline in the last quarter, according to IDC; meanwhile the 2-in-1 space is the only growing segment of the market right now, and it's growing rapidly.

The decline in the tablet market is why the company decided to discontinue its Venue line of Android devices, issuing the following statement to PCWorld:

For customers who own Android-based Venue products, Dell will continue to support currently active warranty and service contracts until they expire, but we will not be pushing out future OS upgrades.

Dell says that its customers are gravitating toward the 2-in-1 market for the following reasons:

Indeed, the value is implied by the term 2-in-1. Flexibility and productivity are key selling points as well.

This is not the first time we've heard a company communicate such a message. It's happening across the board, as the 2-in-1 market continues to project the most growth. Just last week, Huawei introduced its MateBook 2-in-1 with the same message - that 2-in-1s show 73% year-over-year growth and that there will be 63.8 million hybrid devices by 2020.

We recently reviewed one of Dell's hybrid devices, the XPS 12, and thought it was average. You can check out the review right here.