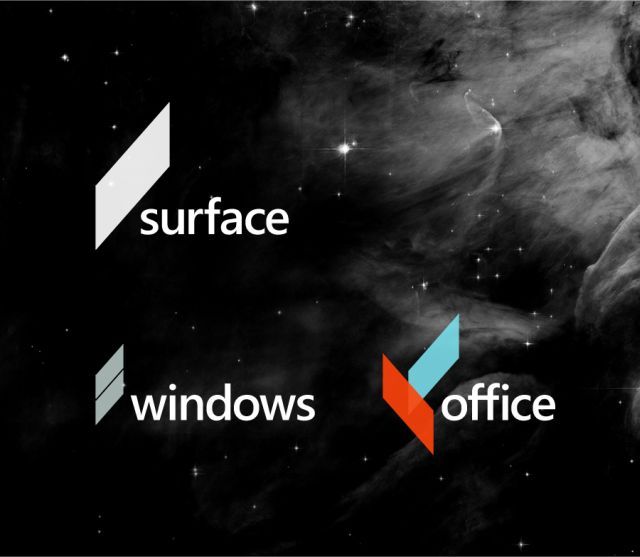 Now a freelance designer named Andrew Kim has made some speculative designs for several of Microsoft's current and upcoming projects. He has posted them on his Minimally Minimal site. As you can see, the logos above, for Windows, Office, and the Surface tablet, all have a unified design of an angled slate next to the logo itself.

Kim shows on his page how his slate design could be incorporated in product packaging and marketing tools, along with billboards and even on a Windows Phone boot up screen.

The idea of a unifying logo design for all of Microsoft's products is certainly interesting. It's also true that Microsoft is pushing its Metro user interface in Windows 8, Windows Phone and the Xbox 360 console, which makes the UI of many of its products very similar. Keep in mind these are just unofficial logos and have not been officially order or endorsed by Microsoft.