Did Microsoft rip the Transmit logo for use in Visio 2010? That's the question we're asking today.

Microsoft appears to have ripped and used a logo from popular Mac Software, Transmit 3. The creators of the logo, Panic Software, say they are "bemused" by the rip but have no plans for a lawsuit. Neowin spoke to Panic co-founder Cabel Sasser who confirmed the rip. "We're just constantly bemused at the number of times our truck gets, well, ripped off" he said in an email to Neowin.

Microsoft has included the logo in Visio 2010 as part of its inbuilt offering of shapes. The logo appears to have been stripped down of detail and vectorised to enable it to scale for diagrams within Visio. Neven Mrgan, designer at Panic, calls it a "full-on (and awful) trace of the Transmit icon."

The original Transmit icon was made over 10 years ago for Mac OS 7. When Mac OS 8 came out, the UI appearance had a lot more colour and shading, and icons could have alpha channels. So, Panic updated the logo too. The logo has seen several changes since 10 years ago but remains largely the same. It was originally drawn in Photoshop and the current version was created in Adobe Illustrator. All the icons were developed by The Iconfactory team. 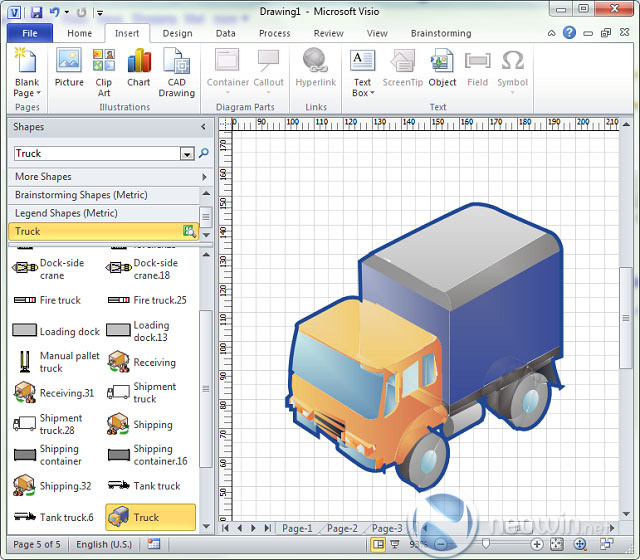 This isn't the first time the famous truck has been ripped and used elsewhere. Panic have even set-up a page to mock the ripoffs they have witnessed over the years. According to Sasser there are over 300 more examples that aren't posted on that page. We asked Sasser if the company has ever taken action over the use of the logo. "For the most part, it's not worth it" he explained in an email. "Trying to hunt down the guys behind these sites, and make a stink, both isn’t our style and can be an incredibly frustrating waste of time. We do make an exception for particularly large, egregious rip-offs — whole site rip-offs, or giant uses of the icon, or rip-offs that might cause consumer confusion, always a key test of trademark law. In this case, we generally reach out to the site owner with that polite but strongly-worded e-mail, and 99% of the time it’ll been fixed."

One example that Sasser shared with us is from Rogers Canada: 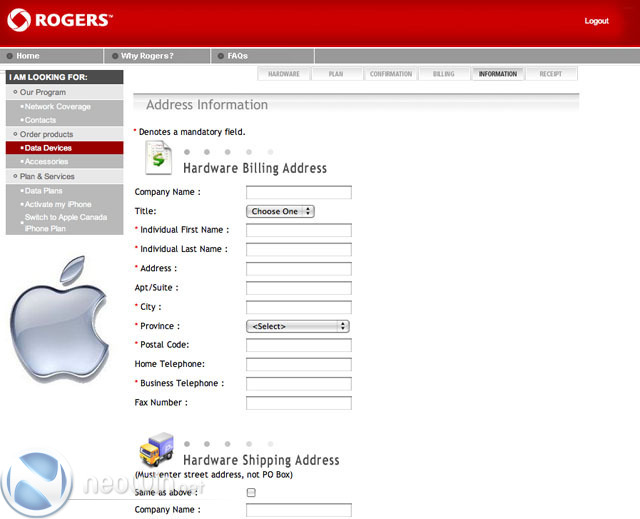 Neowin contacted Microsoft for comment on the claims. “Microsoft respects IP. If parties have questions about trademarks or other issues, we encourage them to contact us through proper channels to address any concerns," said a Microsoft spokesperson.

In December 2009, Microsoft's MSN China was accused of ripping off and stealing content from Plurk, a social networking site. Microsoft later admitted the rip and suspended access to the Juku beta it had created. In early November 2009, blogger Rafael Rivera discovered that Microsoft illegally used GPLv2 code in a Windows 7 USB/DVD tool. Microsoft officials came clean and offered the tool for download alongside the tools source code.

What do you think? Blatant rip or sheer co-incidence? Vote in our poll (on the right) or leave a comment.

Thanks to Timan for the news tip