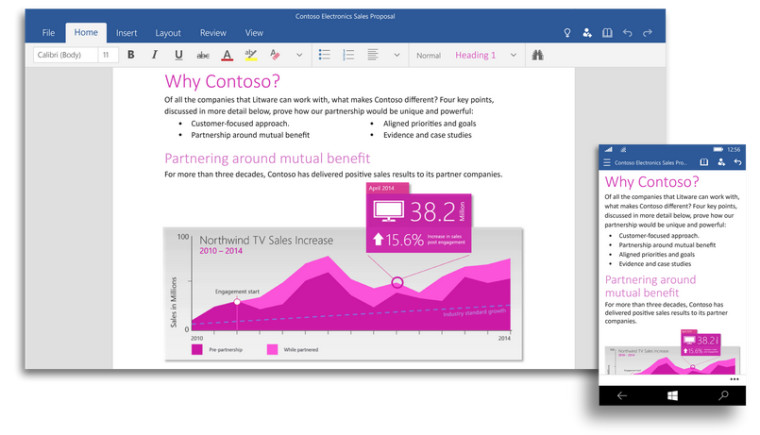 Microsoft has today announced that a preview of its new Office touch apps for Windows 10 are available in the Windows Store. The apps, which can be downloaded right now, are only available on PCs running the Windows 10 Technical Preview; Microsoft said that they will be releasing versions for Windows tablets and phones in the coming weeks.

For the tablets, we believe that they mean for devices with Windows RT; we were able to install these apps on a Surface Pro 3 without any issue. For phones, the apps should arrive with the release of Windows 10 for phones.

These apps are an important play for the Microsoft ecosystem as the other major mobile platforms, iOS and Android, have already had touch versions of Office for some time. While it is good that the desktop versions have now been released, they are not nearly as useful on the desktop as they would be on a tablet or a phone and sadly, those applications are not out today.

In the announcement, Microsoft also said that Office 2016 is still set to arrive in 2015 but added that general availability will be in the second half of the year.