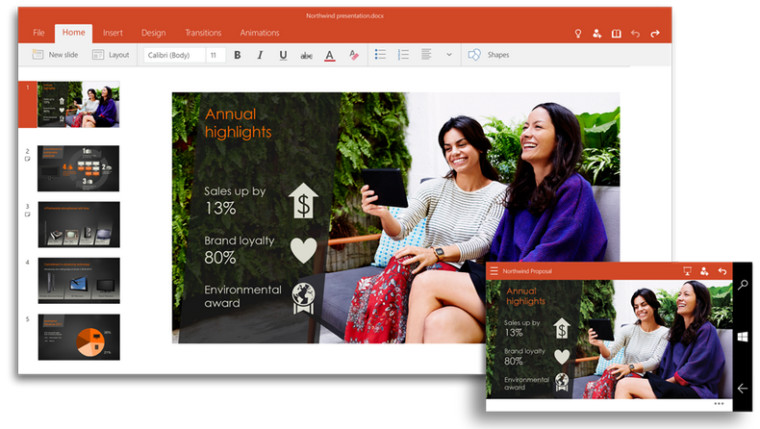 Earlier today, Microsoft released a preview of the Office touch apps that are coming to Windows. One of the requirements to test out these apps is to have Windows 10 installed and seeing that not everyone wants to run a pre-release OS with pre-release apps, we put together a gallery to get you acquainted with the products.

The PowerPoint app covers all of the basics quite well and allows you to create, edit, and view presentations on the go. The apps have wide spacing in the menus to make the touch targets easy to tap.

Most of the core functionality is preserved in these universal apps and for the majority of users, they should be able to use these apps in-place of the proper desktop counterpart. Speaking of which, that will arrive in the second half of the year with Office 2016.

You can take a look at the gallery below to get a better understanding of how the app is designed and if you have any questions about the app, let us know in the comments below.