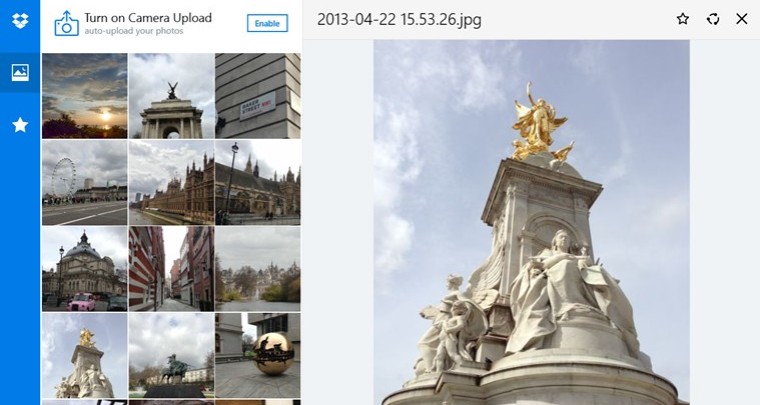 Amid all the insanity and excitement from yesterday’s Microsoft event a few news stories dropped between the cracks. Among those is the fact Windows Phone users finally have a first-party Dropbox app for their devices.

Dropbox announced last night that they’re finally bringing an official modern app to Microsoft’s platform as part of their recently announced partnership with the company. The app will also be a universal one meaning that it’ll be available both on Windows Phone and on regular Windows and even on Windows RT.

While the Dropbox app does look a bit barebones, it does come with automatic image uploading, and downloading files for offline usage. And of course users can access both personal and work accounts at once.

While until now users have had to make do with the actually very decent third party alternatives found on the Store, we’re very happy to see an official app making its way to the platform.

Download the Dropbox app for Windows Phone or regular Windows