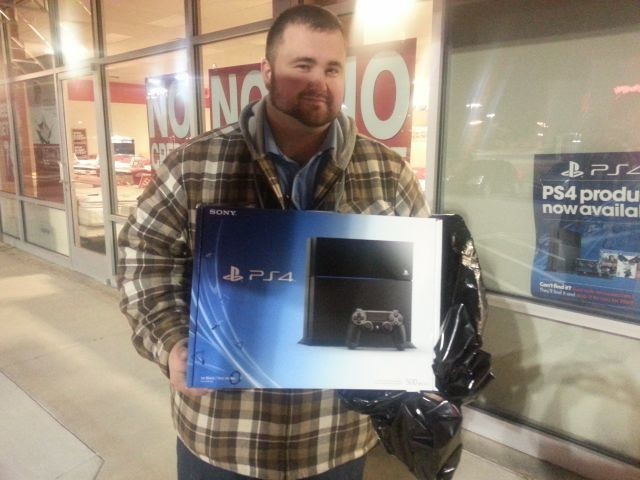 One of the first people to get a PS4, seven years after the PS3 launch.

Sony launched the PlayStation 4 in the U.S. two weeks ago, seven years after the PS3 was first released. The wait for Microsoft's Xbox One was even longer, as it launched last week eight years to the day after the Xbox 360 first went on sale.

Before now, the gap in between console hardware launches was about five to six years and at least one game publishing executive believes we will return to that same time frame for the successors of the Xbox One and PS4. In a chat with MCV, EA Studios executive vice-president Patrick Söderlund stated, "This console cycle may have gone on a little bit longer than I would have wanted." However, he added, "... a five, six year gap is what I expect going forward.”

Although the Xbox 360 and PS3 have had a longer lifespan than most other consoles, Söderlund also says that has caused some great games to be released for those platforms just before the Xbox One and PS4 launched. He stated, " ... you have seen games like The Last of Us and GTA V at the end of a cycle which perhaps you would not have expected a few years ago."