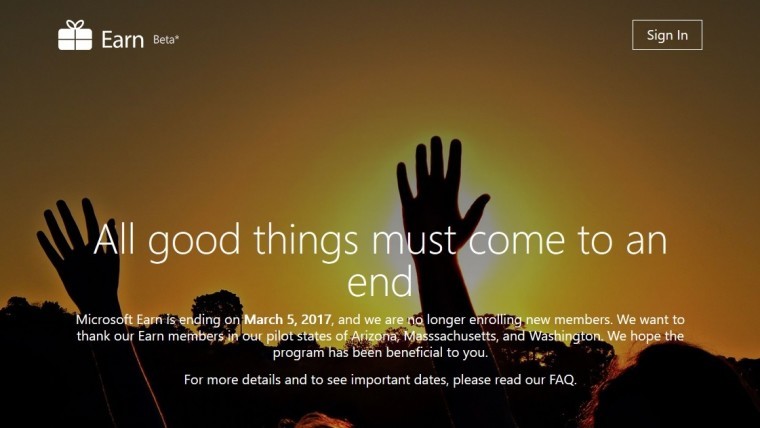 Having quietly entered beta testing in May last year, Earn by Microsoft allowed its members to earn credits on selected purchases made at participating restaurants and retailers. These credits could then be put towards purchases made at the Microsoft Store.

Now, that is all set to end as Microsoft will be saying goodbye to Earn next year, according to the Earn website, along with FAQs in which the company said that:

"Although the program was well received by our customers, we decided to focus on other reward and loyalty programs with the potential to provide even greater benefits for our customers in the future."

While Microsoft did not specifically mention other programs it will instead focus upon, its recently renamed and revamped Microsoft Rewards program could be a possible candidate.

In terms of timeframes, Microsoft has already stopped accepting new Earn, allowing existing members to receive Earn credits through November 15. Credits will be redeemable in the Microsoft Store, for both online and in-store purchases, up until the program's termination on March 5, 2017.