I remember the very first PC I ever bought. It was a Gateway tower case desktop PC that I bought in 1996, with a Pentium processor. I was so excited to play games like Descent and it was ready when id Software finally released Quake later that year. I also remember that Gateway being big and heavy but I didn't care; to me, this machine was the equivalent of getting a Camaro. 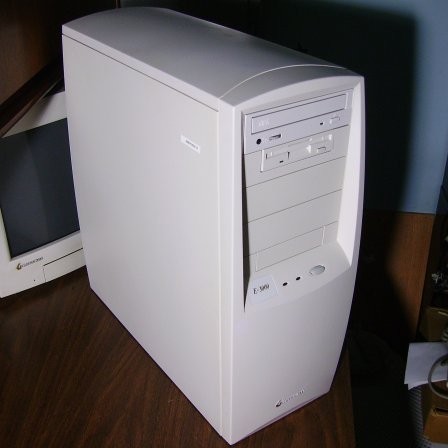 It was also the PC that I opened up to install more memory, a new hard drive and most importantly my Voodoo add-on graphics card so I could play QuakeGL. I remembered thinking that this would change how PC games would look forever and I was right. Soon, all PC games were ditching low res sprite based artwork and replacing them with high res hardware accelerated graphics.

Just a few years ago, the general notion was that PC cases that were small were also considered to be restricted in terms of the kinds of hardware they could support. If you wanted a real high end PC for the best game graphics, or if you wanted to have a powerful rig for applications such as photo editing or 3D art creation, you needed that big desktop PC rig that could support things like dual graphics cards, a dedicated sound card and more. 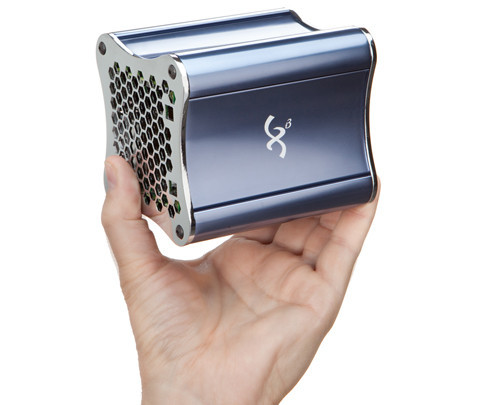 Now it's 2013, and much has changed in the PC industry. These days, the prevailing notion is to think small, even for gaming PC rigs. We reviewed Falcon Northwest's tiny Tiki desktop PC several months ago and its performance matched or even surpassed that of many so called big gaming PCs. More recently, a company called Xi3 announced that it was going to make a small gaming PC that's designed to run the Big Picture mode for games sold on Valve's Steam service. As you can see from the image above, it's supposed to be held in the palm of your hand.

The era where huge tower desktop PCs were a fixture in every home got closer to their end in January when Intel announced that it will phase out their desktop motherboard business within a few years. While other PC hardware makers still plan to make motherboards, the fact that Intel is getting out of this industry is a big clue that the large desktop PC will become rarer and rarer.

Some people might compare large desktop PCs to old CRT monitors. They were also big and heavy and we have mostly replaced them with thin and light LCD screens. But let's face it; the monitors today are far and away better than those CRT screens they replaced.

I say to all of you who might be mourning the loss of the familiar tower case PC to take heart. While many of you reading this article might be worried that the big desktop will go the way of the black and white TV or the CRT monitor, the truth is that the big tower PC will never die and indeed might even thrive in a new state. 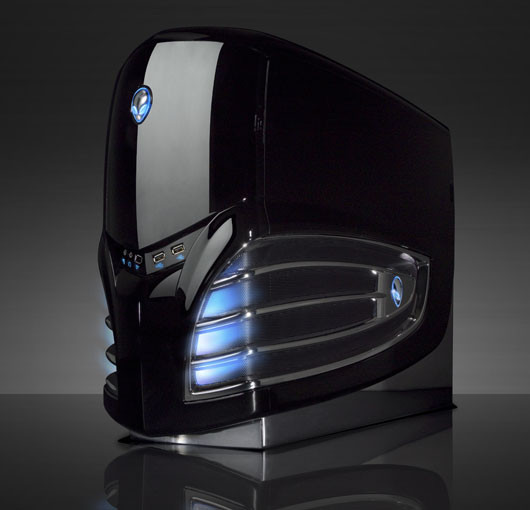 While we will indeed see powerful PCs that will be made in smaller cases, there will always be limits to what you can cram into small enclosures. Hardcore PC gamers and hardware geeks will always want to get a PC that they can max out in terms of graphics cards, processors, memory, storage space and more. The only way that's possible is to get a case that can comfortably hold all that hardware. 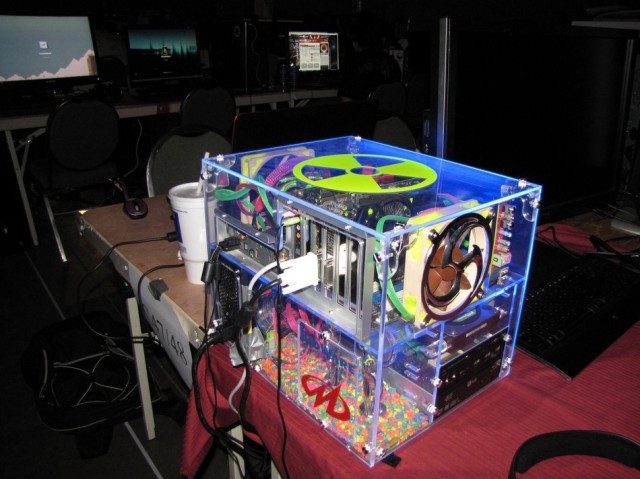 The final factor in favor of the big desktop PC is the mod scene. There's a portion of the gaming and hardware fan community that loves to make their own PC cases and then overclock their hardware to generate as much performance as possible. It's a little like going to a custom car show and seeing the cars that have been modified with new engines and other changes.

I've attended a number of QuakeCon events in Dallas, Texas over the years and by far the most fun aspect of going to the show is heading inside the BYOC area to see what kind of PC case mods have been brought in by the talented designers. There's nothing quite like seeing a PC that's been made to look like Optimus Prime, or even one that's been put inside a cooking grill. That aspect of the PC hardware industry will always be around. In fact, with the growing success of hardcore free-to-play PC games that are now being used in tournaments, we could see a rise in this kind of activity.

So while your friends may be happy in the future with some tiny PC hooked up to a big screen TV and playing on Steam's Big Picture mode, I know what I prefer to do for my own PC gaming. Yes, it's big and yes, it's heavy but I will always want a big desktop PC with my SLI, a ton of RAM and lots of hard drive space.