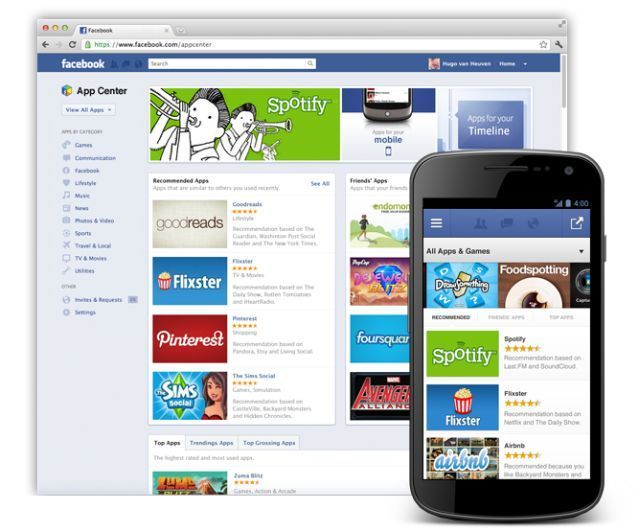 In June, Facebook started offering its App Center feature for its US users. Now that service is available for every Facebook subscriber, both on the web and via iOS and Android mobile apps.

The official word, coming from a Twitter page from a Facebook PR rep, states, "The Facebook App Center is now available to 100% of users worldwide." As we have reported before, the service allows users to download both free and paid web and mobile apps, although the mobile versions must still be downloaded  via the iTunes Store and Google Play.

The App Center also allows Facebook users to receive personalized app recommendations while also allowing those same users to see which apps their friends use and recommend. If a user sees a mobile app on the Facebook web page while working on their PC, he or she can use the "send to mobile" feature to download them later to their device.

While some people thought the creation of an App Center was one piece of a possible plan to launch a true Facebook phone, its CEO Mark Zuckerberg has dismissed those talks last week in the company's first quarterly financial conference call. He said, "There are a lot of things you can build in other operating systems as well that aren’t really taking, that aren’t really like building out a whole phone, which wouldn’t make much sense for us to do."