On Friday, Facebook announced an update to the photo's component of the social network, bringing a much-needed large overhaul to Facebook's Photos. The site has started upgrading three areas, offering the ability to upload higher quality photos, releasing a new photo viewer to the site, as well as a new uploading tool.

Facebook has always lacked the ability to store large photos, forcing users to downsize their photos to a mere 720 pixels, but in the near future will be able to upload photos up to 2048 pixels on the largest edge. This brings the photos up to "print quality" or around 3 megapixels in size. 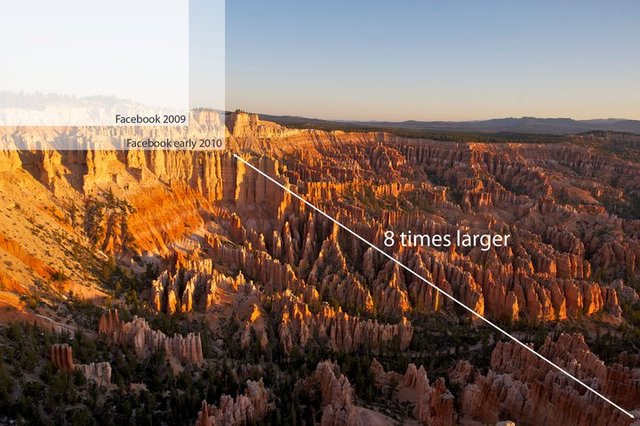 To see an example of high resolution pictures on Facebook, view the National Geographic's "top shots" album. In addition to the hi-resolution option, Facebook will allow users to download photos in high resolution, as seen below. 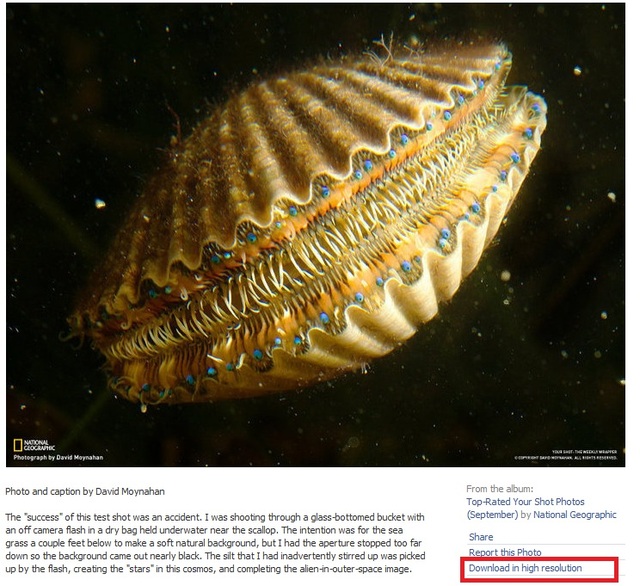 In addition, Facebook will be rolling out a "light box" style photo viewer, so you can view photos without leaving the page you are on. The post also claims that photo viewing will be much faster, and says that "[Facebook] also rewrote all the code for the viewer from scratch, so paging through photos will be noticeably faster." 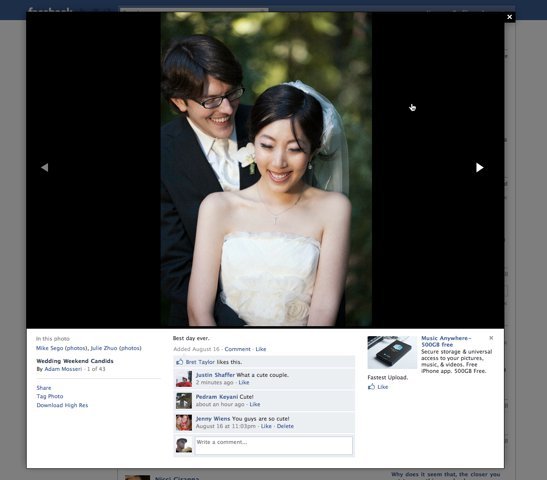 Finally, Facebook is updating the photo uploader tool to use the "latest flash technology" and will now offer the ability to upload your photos in the old "standard" quality or the new "high resolution quality" which warns it may take "10x longer" to upload. 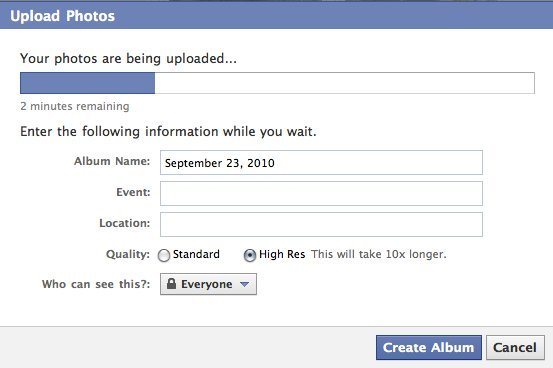 The photos team say that all users should start receiving the features "over the next month." The upgrade is well needed, and should be received with open arms from users. Facebook even points out in the post that "unlike on many other online services, you don't need any kind of premium or paid account."