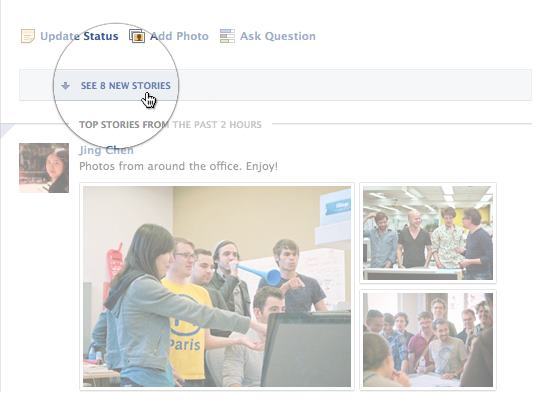 As Facebook gets ready for its f8 developers conference on Thursday, the social networking web site is adding even more features for its users. Today, Facebook revealed some changes to its News Feed that will allow users to check out more important items first.

In a post on Facebook's blog site, team member Mark Tonkelowitz said, " ... News Feed will act more like your own personal newspaper. You won't have to worry about missing important stuff. All your news will be in a single stream with the most interesting stories featured at the top."

In addition to the new way that News Feed words on Facebook, there's an added feature called Ticker. It basically shows all of the updates that your friends post on their pages instantly, whether its a check in to their favorite restaurant, a post about a movie they have just seen and more. If you use Facebook on a wider screen you can slide the grey bar between the ticker and Facebok's chat feature. That should limit how many of your friend's updates you can see at a time.

Facebook's new features, including last week's new Friends Group additions, come just before Facebook is scheduled to hold its f8 developers conference on Thursday. The company is scheduled to make a number of additional announcements which may include things like added integration with music providers such as Pandora and support for streaming movie companies like Netflix and Hulu. It may also add a way to update a user's Twitter page directly from Facebook.