Everyone is on Facebook. Apparently, that statement has more weight than you might think. The service's oldest user could be 101 years old Florence Detlor, of California, who holds a record the other hundreds of millions of users do not. 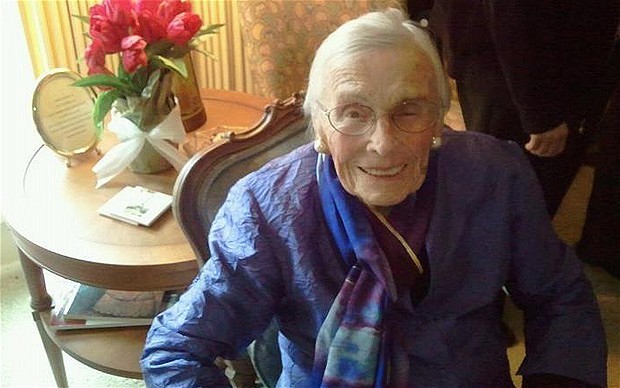 Not only is she the service's oldest user, she's also the oldest person to have visited the company's offices in the famous Silicon Valley of California. According to information on her Facebook profile, she was a 1932 graduate of Occidental College in Los Angeles. Now, she lives in Menlo Park.

With the service having all the popularity it does, Florence Detlor's position is contested. Lily Strugnell, aged 108, claims to be the service's oldest user. As Detlor physically visited the offices it does seem she'll still have a claim to fame, even if it is found that Strugnell takes the prize for eldest user.

It's almost hard to picture what she witnessed during the century spanning her life so far. She would have seen both World Wars, the Cold War, the birth (and death) of one of the main nations in the Cold War, and the birth of modern computing. And now she's seeing the 'information age', with Facebook and all the other services that wouldn't even have been dreamt of before. 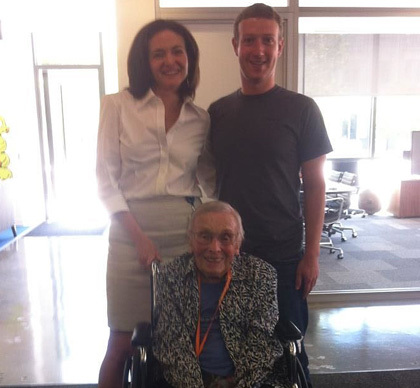 In recent years, it seems that some of the most elderly people are also the most interested in these new technologies. For example, in 2009 a woman named Ivy Bean signed up for Twitter. She was 104 at the time, and became an internet personality from then until her death in 2010. Her account has not been updated since shortly after this point, but is still available to view.