It's billed as "a seriously cool smartphone that puts social values first". The Dutch company behind it says: "You can change the way products are made, starting with a single phone. Together, we're opening up the supply chain, and redefining the economy - one step at a time."

If this all sounds a bit like marketing fluff to you, we don't blame you - but the creators of what the company hopes will be a more socially responsible approach to smartphone design certainly sound serious about it. Indeed, their commitments are so solid and convincing that they've now pre-sold over 5600 of their Fairphones, helping them to blast through their target for start-up capital to get their new social enterprise under way.

So what exactly is this Fairphone all about? The organisation itself started as a project aimed at raising social awareness about conflict minerals - resources sourced from regions engaged in armed conflicts, and often the scenes of human rights abuses and atrocities - in the Democratic Republic of Congo. As the company itself explains, they campaigned for three years before realising that the most potent way of telling their story to the world was to build a handset in the most socially responsible way possible.

Essential minerals such as tin and tantalum are sourced from conflict-free zones, while Fairtrade-certification for the gold used in the construction of the handset is imminent, which would make Fairphone the first electronics company in the world to gain this status. 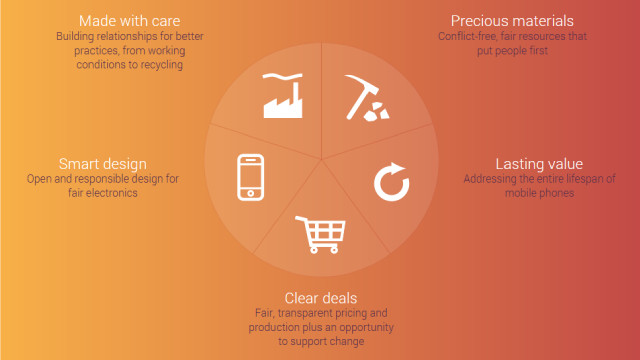 It's not just about materials either; the company is dedicated to guaranteeing better conditions for those building the handsets in China, providing a safe working environment and fairer monetary benefits for workers. The company is even committed to responsibly handling waste, with recycling programmes, and €3 from every handset sold going to initiatives to clean up electronics-related waste in Ghana. 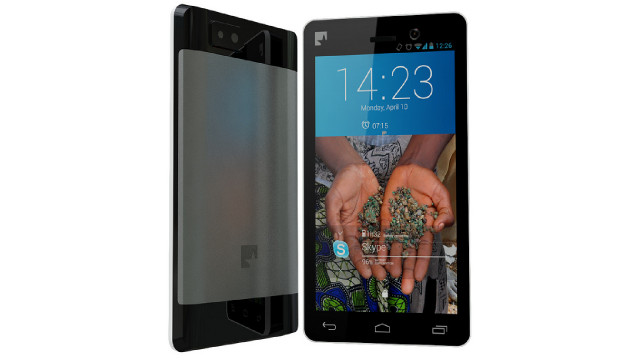 The handset is available for pre-order now in Europe for €325 ($425 / £275), and it's these pre-orders that have provided the start-up capital that the company needed to launch its first production wave of 5000 limited-edition devices, with the company now focusing on its next 15,000 units.

Fairphone is also working on improving the specs before deliveries begin later this year; in mid-May, an e-compass and gyroscope were added to the spec sheet, while last week, 1080p video recording capabilities were added to the rear camera, along with faster 3G support. Expect further improvements to be made as pre-orders continue to rise; in the time it took me to write this article, another 30 Fairphones were pre-ordered.

We'll have to wait and see whether Fairphone - both the organisation and the smartphone they're creating - lives up to expectations, but their aims are laudable, and we at Neowin certainly look forward to seeing the finished product.