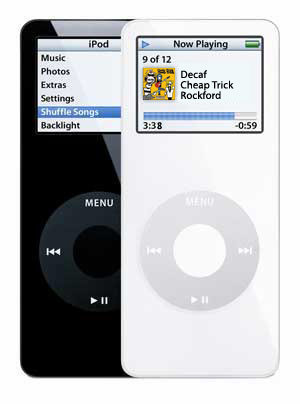 While the first version of Apple's iPod Nano media player came out in 2005, a number of the units have since been discovered to be faulty. Indeed, Apple issued a recall of the first generation iPod Nano just six months ago, in November 2011, due to a problem with its battery. Now it looks like Apple is going to have to pay a bigger price for the device's hardware issues.

The Japanese media outlet Nikkei (via The Verge) reports that a judge in that country has ordered Apple's Japan division to pay 600,000 yen (about $7,425) to an unidentified married couple in Tokyo. It seems the couple bought their iPod Nano in September 2005. However, in July of 2010, the couple claimed that when they were recharging the device, the iPod Nano started overheating.

The product then caught on fire and unfortunately the iPod Nano was in the hands of the wife at the time. She suffered burns on her hands that the report claims took a month to heal. The judge in the case said that Apple should pay the fine for the couple's medical fees along with general pain and suffering damages. So far, there's no word on if Apple will appeal the ruling.