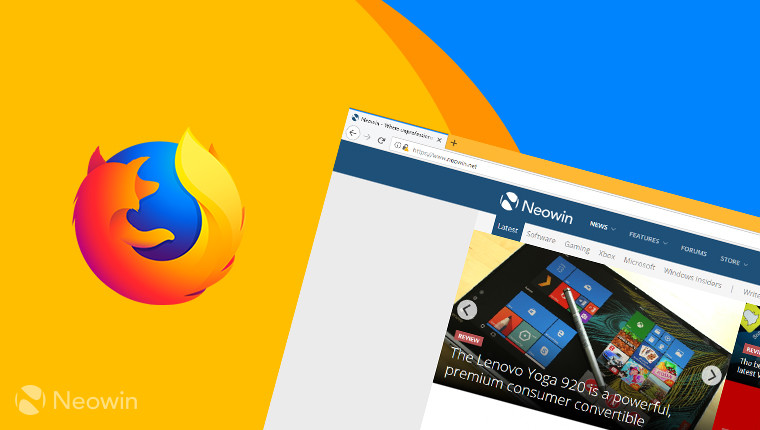 A year in the making, version 57 of Mozilla's browser was rebranded to 'Firefox Quantum' and pushed out to the beta channel back in September. The name reflects a "magnitude of changes" made to the browser, which has now been made available to everyone.

The appropriately dubbed "new Firefox" brings a refreshed logo and the brand new Photon UI, which ditches the more rounded tabs of the Australis-era design in favor of a more squared off approach. The new UI allows you to choose between three densities, in order to better customize it to your needs.

Beyond that, there are also three variations on the default theme, depending on whether you prefer the inactive tab to be the same color as the titlebar - in the default setting -, a more muted shade of grey, or dark grey, with the last one being particularly suited for work at night. You can also choose between three other, more artistic themes, and can mix and match densities and themes.

Beyond the bigger UI overhaul, arguably smaller things like the Firefox menu have been made a little more compact, with increased information density. Moreover, a new three-dot menu has been added to the URL bar, which contains shortcuts to copy or email a link, send the active tab to a device - using Firefox Sync -, or take a screenshot.

The changes are of course, not only superficial, as Quantum is also built on top of a new Rust-powered CSS engine, which Mozilla claims to be "2x faster" than Chrome. The newer version also uses less RAM - historically one of its pain points -, makes better use of multi-core CPUs and its previously introduced multi-process architecture. Firefox Quantum can also use multiple CPUs in parallel - something the company claims no other browser does - to improve loading times.

There's also support for WebVR and WASM, saving to Pocket - which Mozilla acquired at the end of February -, and a new Library feature which brings all your Pocket saves and bookmarks in one place, for easy use.

Lastly, there is one major caveat: starting with Firefox 57, the browser will only support those addons which are built either from the ground up or adapted to use the WebExtensions API. Any 'legacy' addons will not work on this version or any other going forward. At the time of writing, there are nearly 6,300 compatible addons on the dedicated Mozilla portal.

You can head over to this link to grab the new version. If you're on the older variant, just go to the Firefox menu > Help > About and you should see a prompt to restart your browser and get all these new features.

What's your take on 'new Firefox'? Is it enough to make you switch? Sound off in the comments below!