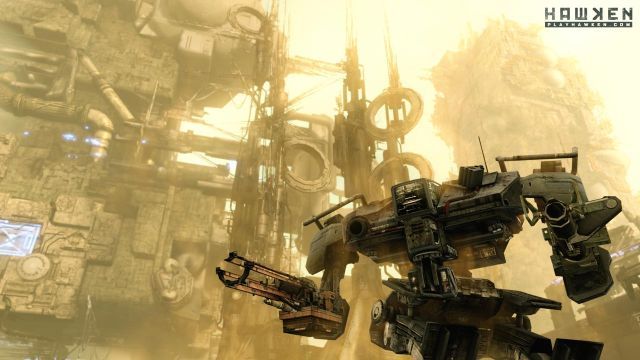 The free-to-play mech multiplayer shooter Hawken has generated a ton of hype since it was first revealed in March 2011, thanks in part to its dense art style. This week, the game's developer Adhesive Games and publisher Meteor Entertainment announced it would launch a closed beta for the game, with the first beta weekend to be held on October 26th.

There are no details yet on what kind of content will be included in the closed beta test. Hawken is still scheduled to launch its open beta test period on December 12th (12.12.12). Even before its official launch, Hawken has already secured a comic book adaptation deal. The movie rights to the game have also been awarded to DJ2 Entertainment.