According to various reports, we know that Samsung is working on multiple versions of its Galaxy S4 smartphone, including the upcoming launch for the Galaxy S4 with the “Nexus experience.”

We know that another potential Galaxy S4 model could be the Galaxy S4 Mini, a device that hasn’t been announced officially despite being rumored for some time; but we do know there will be an upcoming Samsung event in London on June 20th that will showcase new Galaxy devices, as well as ATIV devices.
However, plans for announcing a Galaxy S4 device may have been spoilt as Samsung’s official app catalog for the United Kingdom lists the Galaxy S4 mini with model number GT-9195 as a supported device ahead of its unveiling. The listing has since been removed, but a screenshot can be found below: 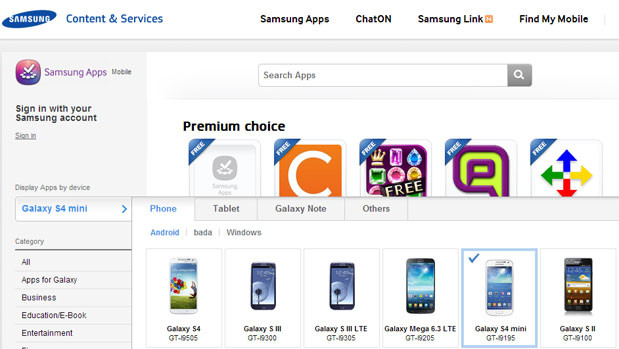 The Galaxy S4 mini is expected to feature a 4.3-inch qHD display, an 8-megapixel rear camera and Android 4.2.2 Jelly Bean when it launches.

Thanks for the tip, +V-Tech.