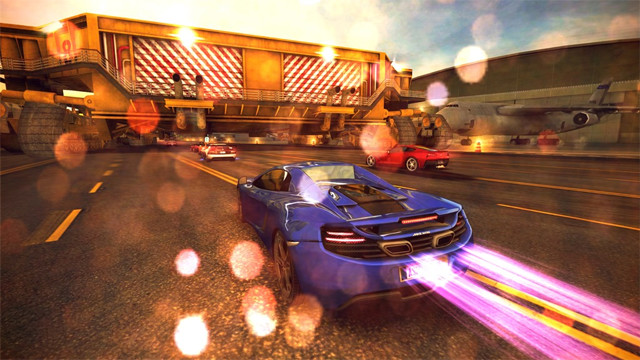 "Asphalt 8" is among the 15 Gameloft titles slated for release on Windows or Windows Phone in the next year.

Gameloft plans to bring a total of 15 games to Microsoft's Windows 8 and Windows Phone 8 operating systems within the next year, marking the most recent push by Microsoft to bring well-known titles to its tablet and smartphone platforms.

Though a complete list of the games slated for release wasn't provided, Gameloft announced Asphalt 8: Airborne" and "Dungeon Hunter 4" will be the first titles released simultaneously for the Windows platforms this fall by the company. Other Gameloft titles scheduled for release on Windows 8 or Windows Phone 8 before the end of the year include "Despicable Me: Minion Rush," "Six Guns," "Total Conquest" and "Uno & Friends."

At least some of the games will feature cross-platform play between Windows 8 and Windows Phone 8, though the game studio didn't say if all 15 games would feature the capability.

Gameloft's announcement follows a commitment made last year to bring 12 of its most popular games to Windows Phone, including "Asphalt 7: Heat," "The Dark Knight Rises" and "Modern Combat 4: Zero Hour." The game studio has released 17 games for Windows Phone, though "Shark Dash" remains its only Windows game released so far. Despite the development, Gameloft and other studios typically release games for Windows Phone well after their releases on Android and iOS.