When Microsoft announced the Kinect back when the Xbox 360 was king of the hill, consumers were quite excited about the prospect of beating up rivals in the living room without actually hitting anything. However, after the sensor was removed as a mandatory requirement with the Xbox One; it has, for the most part, only grabbed headlines when used by researchers and developers; who have found some ingenious use cases for the infrared 3D-sensing technology. 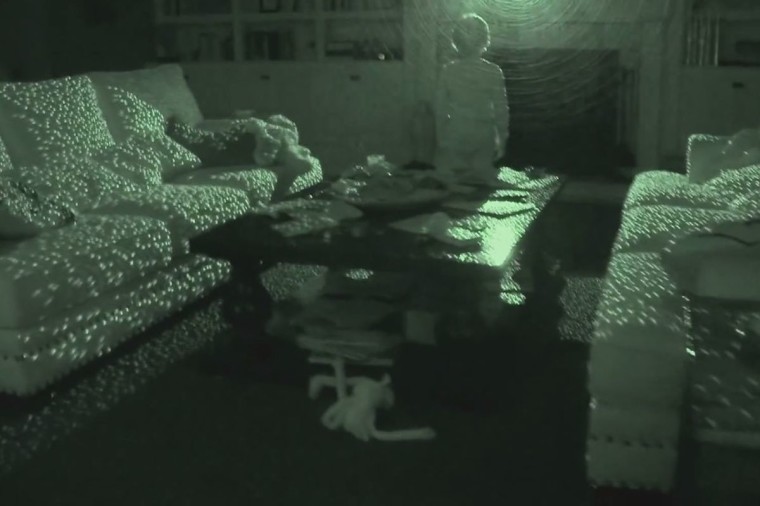 But interest in the Kinect hasn't only been exclusive to the scientific community. A self-proclaimed Ghost hunter in Australia has discovered that these devices can be used to locate ghostly figures. Traditionally, a 'professional' in the paranormal field would rely on archaic technology like voice recorders for EVP and standard hand-held cameras. Graham Lewis, on the other hand, built a hand-held device using the sensor, a hard drive, and a 7-inch portable display; and according to him, it has been instrumental to his success thus far:

''I've designed a prototype by attaching the Xbox SLS camera to a portable screen and hard-drive recorder. I've already captured some amazing results in the field."

It has been known for some time that the Kinect would pick up movement or faces where there are none. Talking to ABC News, Lewis spoke of an incident where he was investigating a famously 'haunted' building in North Head, Sydney and found the 'spirit' of the son of a man who worked there; claiming that the boy waved to him as he explains:

''On the screen, I noticed a small figure the size of a child. The figure seemed to be limping, and when I waved the little figure waved back, Libby said to me straight away, 'that's little Oliver, the son of a former worker at the station'"

This event can be seen in the video below, where a small figure was being tracked by the camera, seemingly appearing out of nowhere.

Although this can most likely be explained away, it isn't the first time so-called ghost hunters have used the device in the search for paranormal activity. The algorithm was not designed specifically for this purpose and can be unreliable enough to give these individuals plenty of headway to find what they are looking for. An in depth report by Polygon on this exact phenomenon back in 2014 expanded on this in detail. However, this did not stop Microsoft from taking advantage of this trend after the device was used in the movie Paranormal Activity.

As for aspiring ghost hunters, Lewis gave some advice to those who might want to try it out for themselves:

"You must go out with the right attitude. If possible go out with a group of friends, don't be looking for dark things, have an open and honest mind, be respectful, and most importantly don't be mocking. Speak with spirits politely, as you would with anyone for the first time."

The Kinect is currently available as an optional accessory for the Xbox One. If you own the Xbox One S or thinking of picking up the Xbox One X, you will require the Kinect adapter which is sold separately.