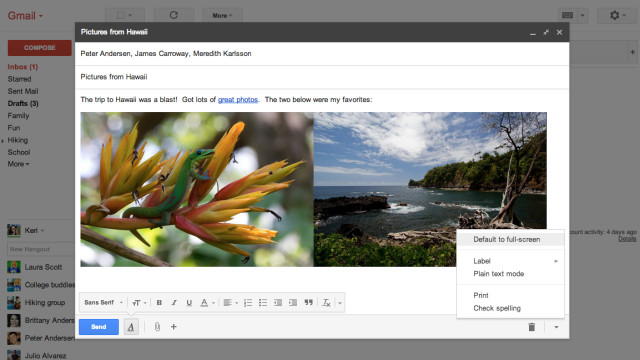 It seems like the moment some of us have been dreading for a long time is finally upon us. Gmail is officially killing the old Compose interface and replacing it for everyone with the new pop-up one.

Now this news isn’t exactly surprising as many users have already received the interface changes, and the new pop-up UI is actually set to be the default one, but for those of us still hanging on to the old version this is the end.

Google argues that the new UI offers a lot more flexibility and users even have the ability to write multiple drafts at the same time. The company even listened to feedback in started including a “maximized” version of the pop-up a few weeks ago. However, many users still find this new design to be infuriating and distracting. Unfortunately there’s nothing they can do short of switching to Outlook.

Source: Gmail Via: Engadget | Thanks V-tech for the tip! Image via Google