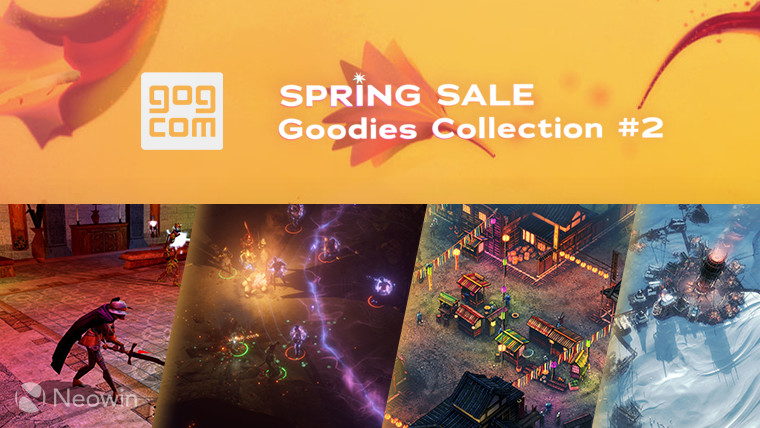 Not long after the end of the first Spring Sale Goodies Collection giveaway, GOG has returned with the second bundle of freebies. As was the case before, this one includes things you'd receive as goodies upon purchasing a game, like soundtracks, avatars, wallpapers, and even art books.

In case you just want to claim this freebie, just scroll down on the GOG homepage until you get to the banner pictured above.

In this pack you'll get the art books for the 2018 isometric CRPG Pathfinder: Kingmaker- which benefited from the narrative talents of Chris Avellone - and 2016 stealth RTS title Shadow Tactics: Blades of the Shogun.

Moving on to wallpapers and avatars, you get those from 2018's strategy sim Frostpunk, 2019's fantasy adventure Children of Morta, and 2018 action-adventure (with managerial elements) Moonlighter.

As usual with these things, you have about two days to claim the package, with the giveaway ending on March 29 at 1PM UTC- that's 9AM ET or 6AM PT in the States. Don't forget that the GOG Spring Sale is still ongoing with over 2,500 deals, and is set to conclude on March 30 at 1PM UTC.