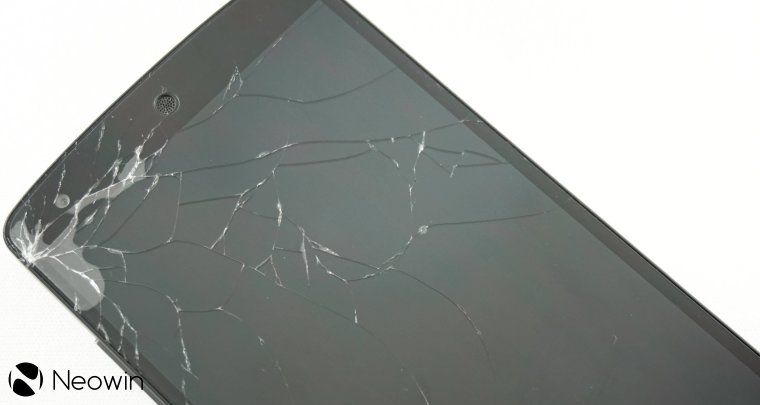 Sometimes accidents just happen, often as a result of trying to accomplish too many things at one time. While a majority of manufacturers won't cover accidental damage under their standard warranty policy, it looks like Google will now be making exceptions for Nexus 5 owners.

Last week, I had an accident with my Nexus 5. While I won't dive into the boring details, I dropped it and the screen shattered. Luckily, Google is offering to replace damaged Nexus 5's as long as they fall under the proper criteria for replacement. While I was skeptical at first, I decided to call into Google's customer support for assistance.

Although there is conflicting information in regards to the support centers hours, I was able to reach them starting at 8:15am PST. This was 15 minutes prior to their official operating time of 8:30am PST, but the automated system picked up, allowing me to plow through different options. After a couple of selections, I was informed that there would be a 27 minute wait period. Luckily, Google offers the option to have a representative to call you back once your position in the queue has been reached.

After 20 minutes or so, I received a call from Google support. The interaction was simple and honest. I let them know that I dropped my phone and would like to know what options were available. After obtaining my information (name, email account, etc) and confirming my Nexus 5 was purchased from the Google Play Store, the representative happily informed me about a new program that was just put into place that would allow Google to replace my damaged device.

I was, to say they least, overjoyed.

The rep went over the details and stated that I would receive an email to start the process. After the call ended, it took about 15 minutes for the email to hit my inbox. The email stated that although my issue normally isn't covered (generally I would be transferred over to LG for assistance), due to them valuing me as a customer, they would be able to give me a "one-time courtesy device replacement." The email also made it clear that the replacement device would be refurbished. Naturally, I wasn't upset about the refurbished replacement as I was happy just getting a replacement device at no cost.

In order to start the process, there is an embedded link in the email. The link is set to expire 24 hours after being issued, so it is imperative to order your replacement device as soon as possible. The rep informed me that if I was unable to place the order within 24 hours, that the link would expire and I would have to call back again to start the process over. Once you click the link, it will ask you to order a replacement. The order does not charge your credit card on file, but it will authorize it for the full amount of the device. Once Google receives the damaged device back, the authorization will be removed within 21 days. There are also directions on how to send the damaged unit back, as well as a prepaid UPS shipping label in the email.

While, my interaction was painless, there are a couple of things to keep in mind when trying to obtain a replacement device of your own. The program is in currently in place for those that purchased their device through the Google Play Store in the United States. The phone must have been purchased within the year and if Google offers to make the exception, the swap will be a one time deal for a refurbished unit. With that said, I'll update this article when I receive the device and good luck to those that call in.