This week came the news that Google’s $4bn bid for Hulu, the popular TV and movie streaming service, was unsuccessful, as Hulu’s owners took the company off the market. It’s been reported that, although Google was offering twice as much as Hulu’s target price, the conditions that Google wished to attach to the purchase of the company were simply too severe, even for such big bucks.

But Google isn’t preparing to surrender its commitment to TV content, as it is reportedly working closely with content providers - including Warner Bros, FremantleMedia (producers of The X Factor (UK) and America's Got Talent) and many others - to soon offer shows through YouTube using a linear delivery format.

While YouTube is well known for offering user-generated content, Google has been working tirelessly to boost the range of 'professional' content offered through its video platform. This has so far seen deals with large media providers such as CBS and MGM, while deals have also been struck with broadcasters; in the UK, for example, Channel 4, Channel 5, Euronews and STV offer an extensive range of full-length shows via YouTube.

But what all of these existing deals have in common is that they offer content on-demand, and while Google certainly isn’t planning to remove the on-demand component of its YouTube services, it is planning to offer content in a more familiar channel-based format. Following a Wall Street Journal report last week, The Hollywood Reporter has separately heard word from within Google that the company is planning to launch up to 25 linear channels offering “TV-style entertainment and news”, in an initiative valued at around $150m. Significantly, this isn't just about repackaging existing content - The Wall Street Journal reports that Google is also courting celebrities and production companies to create original content for the new service. 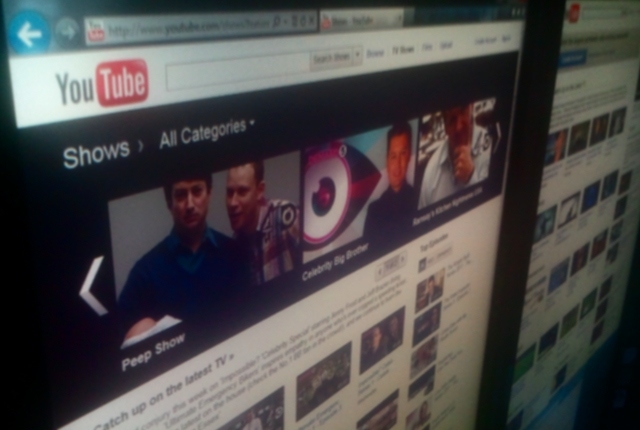 The strategy would form a complementary offering to the on-demand YouTube video facility, and would essentially be an attempt to boost its popularity in the TV content space, by providing a service that’s perhaps more familiar and comfortable to TV viewers. While the consumption of on-demand video continues to increase, the overwhelming majority of TV content is still enjoyed through fixed, linear channels.

While Google has previously attempted to make inroads into the living room, its Google TV product hasn’t exactly taken the market by storm. By providing a portfolio of channels offering fixed programming, Google may be better equipped to entice those viewers who are more familiar with the ‘old’ way of watching TV, and who have so far resisted embracing on-demand as their primary method of viewing.

This would also help Google to position itself as a competitor to 'traditional' TV service providers, such as Comcast, Time Warner, Sky and DirectTV; this would be a significant step, as existing providers have given Google TV a less than warm welcome so far. By competing with these established players on content, rather than through a proprietary hardware/software platform, it makes the limitations of Google TV far less relevant, allowing Google to stream programming to viewers regardless of what device they're using. This broader availability of compelling content to end users would ultimately yield greater advertising revenues for Google.

Google may also market these channels as a ‘YouTube TV’ service for mobile devices, which could help offer a valuable promotional tool for its Android phones and tablets, but may also help to increase the consumption of YouTube content on Apple’s iOS devices. Apple users largely rely on iTunes for ‘professional’ TV and movie content, but linear channels with desirable content via a platform- and device- agnostic streaming service may also prove popular with users. Games consoles and web-connected TVs could also potentially have access to the free YouTube TV channels.

Although the channels aren’t expected to launch until early 2012, Google is expected to make an official announcement about the new service in November.