Google announced today the rollout of offline support for Calendar on the web. The new update comes in handy especially in situations when you're offline or you have a poor internet connection.

The latest change allows you to access Calendar when offline, including events from four weeks earlier or any time in the future by week, day, or month. However, reminders and tasks won't be available when offline. 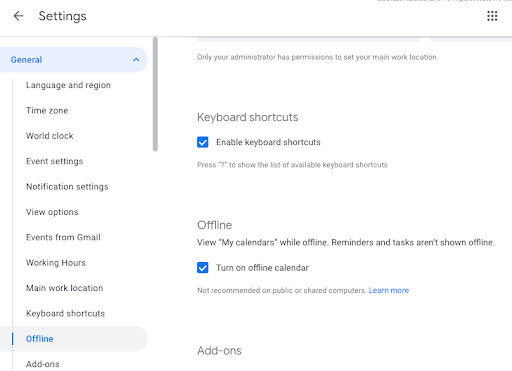 For IT admins, the feature is now turned on by default. That said, there's an option to disable offline use. For end users, it's switched off by default even after admins have enabled it. They can turn it on for each device they use, nevertheless.

Data will be stored on the device as long as Calendar is used offline. Google, however, cautions against using offline mode on public or shared computers.

The feature is live initially for admins from today. It will arrive for end users in the Rapid Release domains by January 25 and for those in the Scheduled Release domains by February 1, so if you don't see the option yet, you'll have to wait until then.