Breaking News Wire is reporting that a fire has broken out at Google's UK headquarters in London.

The 6-story building is located at Buckingham Palace Road, near the Victoria Place Shopping Centre and can be seen below. "We were called in at 1.53 p.m. (local time)," a fire brigade spokesman said according to BNO. Firefighters are still currently on scene battling the fire but it has been described as "not very large" by the fire brigade. Initial rumours suggest that it could be the result of a BBQ gone wrong at Google. Neowin member Elven suggests it could be an iMac on fire (ha).

Currently there are no reports that anyone has been injured in the incident and we hope it remains that way. Daily Telegraph reporter Jon Swaine posted a picture of the fire on twitter.

Update: The Telegraph also confirmed the reports and provided a video of the events, we have embedded this below. 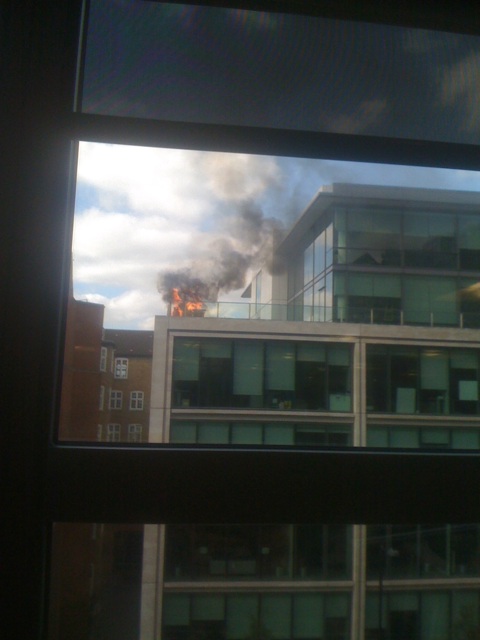