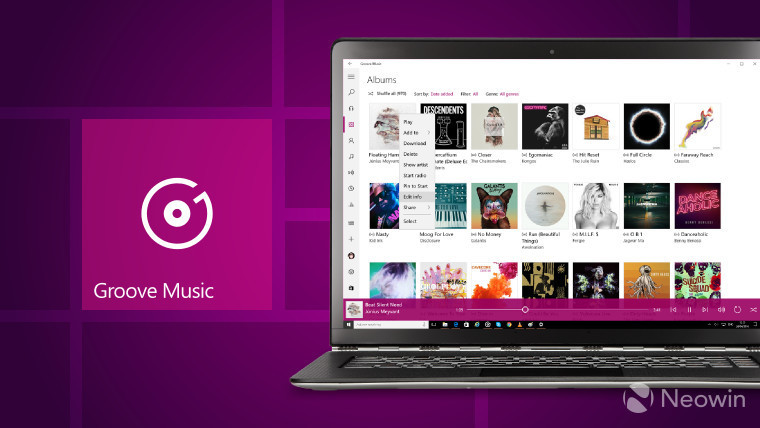 Insiders should be seeing a Groove Music update today, as the app has been updated to version 10.16092.1022. Groove is a universal app, so Windows Insiders and Xbox One Preview Program members should get the new build.

The new version numbers are certainly interesting, if you're into that sort of stuff. Windows 10 and Office now use a four digit version number, with a two digit year followed by a two digit month. Adding the fifth digit for Groove implies that Microsoft plans to update the app twice a month.

The last major update that we saw for Groove was back in August, which made Cortana improvements. A few days later, Microsoft added background Groove Music support on Xbox One.

As usual, Microsoft wants your feedback on the new app. If you're on Windows 10, you can submit it through the Feedback Hub, and on Xbox, through the Xbox Preview Dashboard.