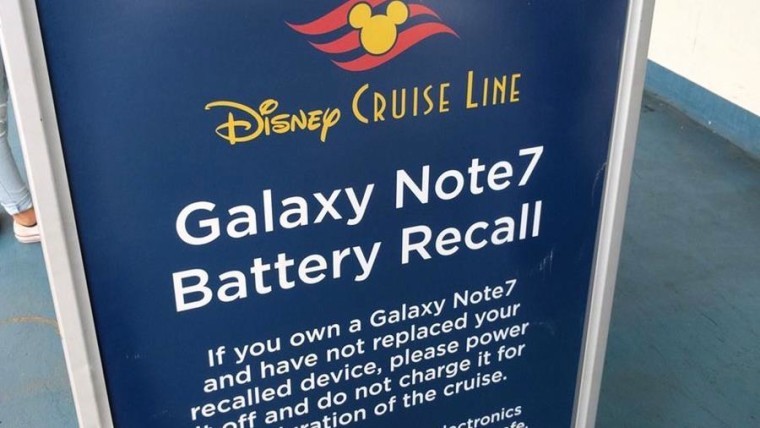 Samsung has had to endure negative press in regards to its potentially explosive Galaxy Note7 smartphone. The Note7 recall has been such a popular headline that the device has even made its way into Grand Theft Auto as a funny game mod. Samsung issued an official recall back in September on the Note7, which eventually lead to the FAA banning the use of the Note7 on all flights. Despite there being replacement handsets that allegedly fix the problem, some major cruise companies are following the FAA's lead in putting the kibosh on the use of the device.

The Telegraph reports that both Royal Caribbean and Carnival cruise companies have banned the use of the Galaxy Note7 on all of their ships. While you will still be able to carry your device onto the ship, it cannot be powered on at any point during the cruise. These two cruise line companies are the two largest in the world, and their stance on the problematic device is spurring similar results on the smaller cruise lines as well.

Cunard, Holland America Line, Princess Cruises, Seabourn, P&O Cruises, Costa Cruises, Fathom, Royal Caribbean International, Azamara Club Cruises, Thomson Cruises, Windstar and Disney Cruise Line are all considering or have already begun to ban the use of the Note7 on their ships as well. Some are said to be enforcing a usage ban on all Note7 devices while others are simply asking owners that haven't replaced their handsets to avoid using the device while onboard.

If you plan to be spending time on any cruise boats in the near future and own a Galaxy Note7, expect to be asked to leave your phone in your room and unplugged while on-board.