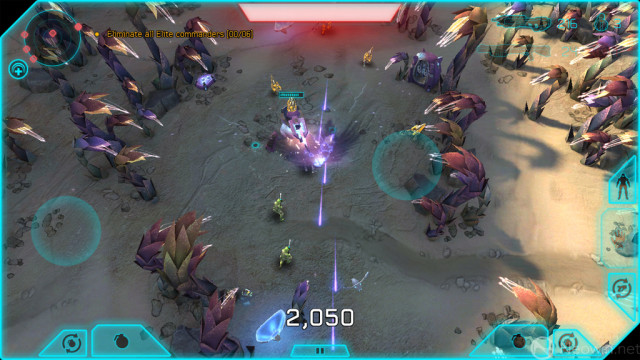 When Microsoft announced its plans to release their top-down shooting game "Halo: Spartan Assault" earlier this summer, one interesting wrinkle was that the Windows Phone 8 version of the game would be released first in the U.S. for Verizon Wireless customers. That meant that phone owners who use AT&T, T-Mobile and Sprint could not purchase and download the game when it launched on July 16.

However, that exclusivity deal was only supposed to last for one month after the game was released. That month has now come and gone and we can now confirm that "Halo: Spartan Assault" is now available for purchase and download for all Windows Phone 8 smartphones that meet its hardware requirements.

Just a reminder: The game takes place in the same universe that developer Bungie first created when they released Halo for the original Xbox in 2001. This new game, which is set in between the events of "Halo 3" and "Halo 4," was co-developed by Vanguard Games and Microsoft's in-house Halo team at 343 Industries.

The $6.99 game is also available for Windows 8 and Windows RT, though a separate purchase is required from the Windows Phone 8 version. If you are on the fence about downloading the game, you can check out our recent review of both versions of "Halo: Spartan Assault" that might help make up your mind.