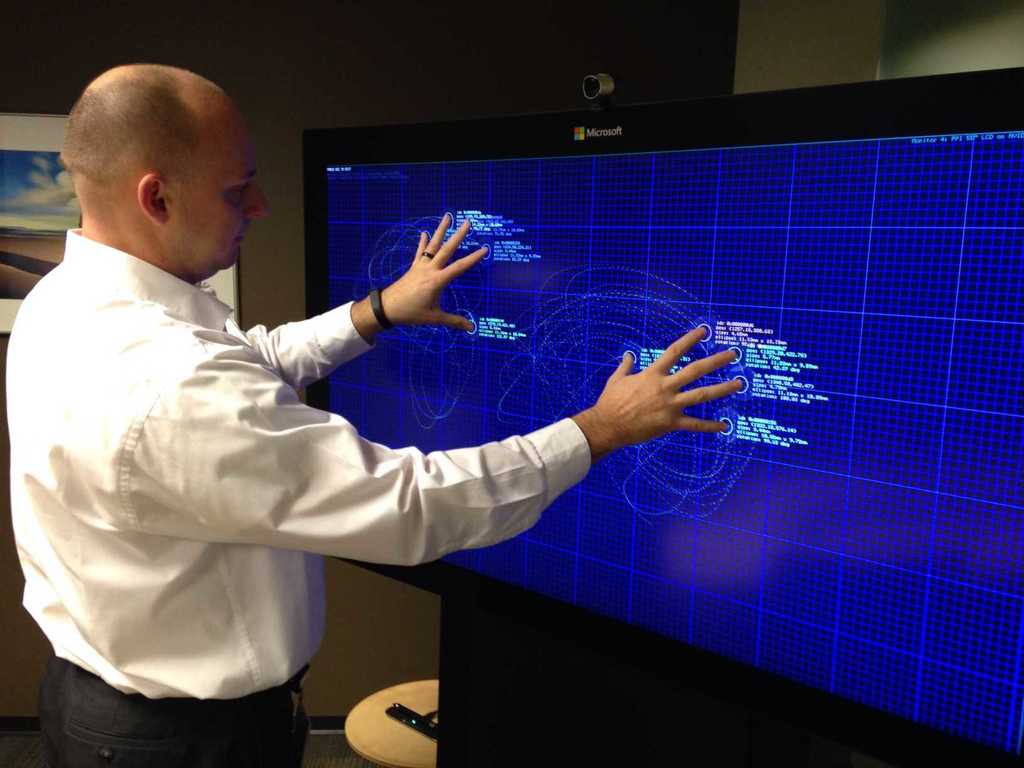 Microsoft has been building awesome touchscreen devices for years. A few fiscal calendars ago, they were called the Surface, but as we all know, the name Surface has been repurposed and Microsoft now uses the name Perceptive Pixel to brand its massive touchscreens. While we will put our feelings aside that we think this is a horrible name for such an awesome product, the fact is, Perceptive Pixel is a lust worthy gadget and after being shown an in-depth demo of its capabilities, we are hoping Santa puts one in our stocking.

When we first heard about Perceptive Pixel touchscreen, we genuinely thought it was a product looking for a solution. I mean, think about it, a large touchscreen on a wall, what good is it going to provide business besides adding more figures to the expenditure column? Well, when you look at the entire package and especially the functionality Windows 8.1 brings to the device, Perceptive Pixel becomes product that is designed for collaboration and left us impressed with the capabilities of the device. We should note that the Perceptive Pixel is only a display, a cool one at that, but you do need a laptop, desktop, or some other machine to put the content on to the device.

How is the Perceptive Pixel different than simply a touchscreen on the wall? Well, for one thing, it has nearly an unlimited number of touch points which means that you can have lots of folks using the device at one time.  But more than that, with nearly an unlimited number of touch points being recognized by the display, when you place your hand on the screen, it recognizes your hand and its outline instead of a single touch point. 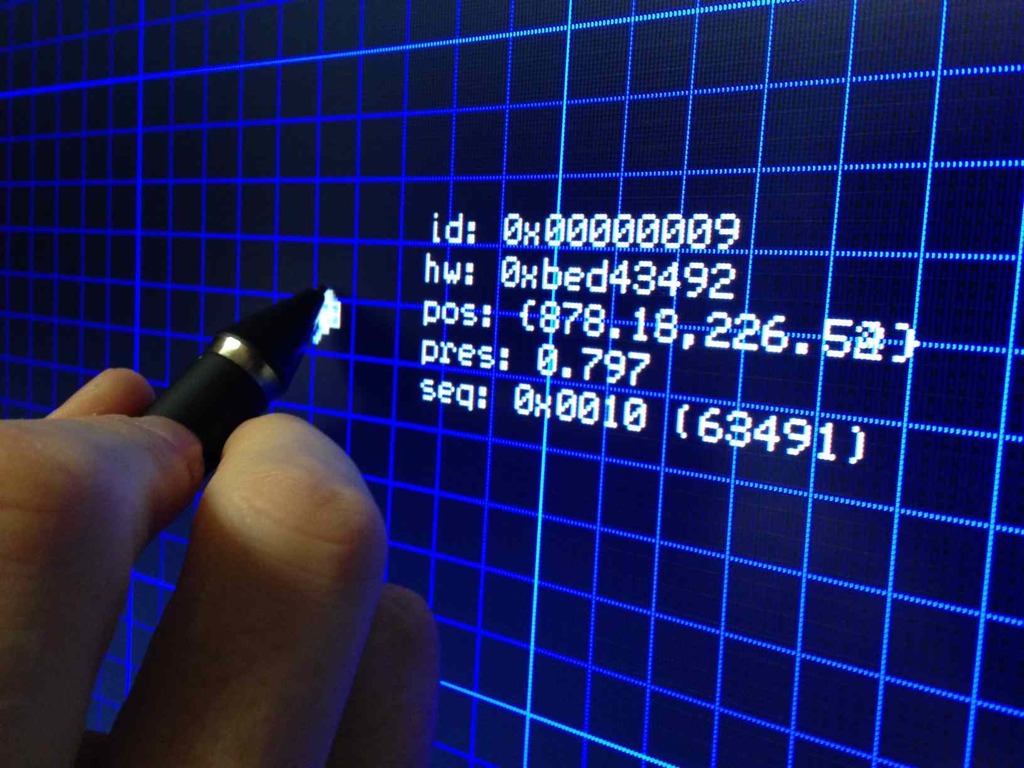 The device also supports, what we call, a smart stylus input. As you can see in the image above, the “pres” field recognizes touch sensitivity. So, with the Perceptive Pixel, it can recognize the pressure of your inputs that helps you use products like OneNote to draw thin or thick lines with the stylus. In apps that support the feature, when you are using the stylus, it stops recognizing input from your hand which avoids the accidental input by creating smudges on your digital paper.

But how is the Perceptive Pixel helping business work smarter and not harder? The device is designed for collaboration, full stop. Sure, it can be a great display unit but when you have teams working together, on the same screen, in the same room, the value begins to show.

For example, if you are building a webpage, you can snap the current page next to a blank sheet of digital drawing paper. On the left, you show the current design and on the right, you can begin sketching up a new design in the conference room. For those of you who have done collaborative web design, you know this process can be a painful task with one individual sitting on his laptop trying to guess at what you or the client is saying to make the changes in real time. With the Perceptive Pixel, you can do this while standing in the front of the room and with the client on one side, and you on the other, working to together to sketch out the next steps of the project. 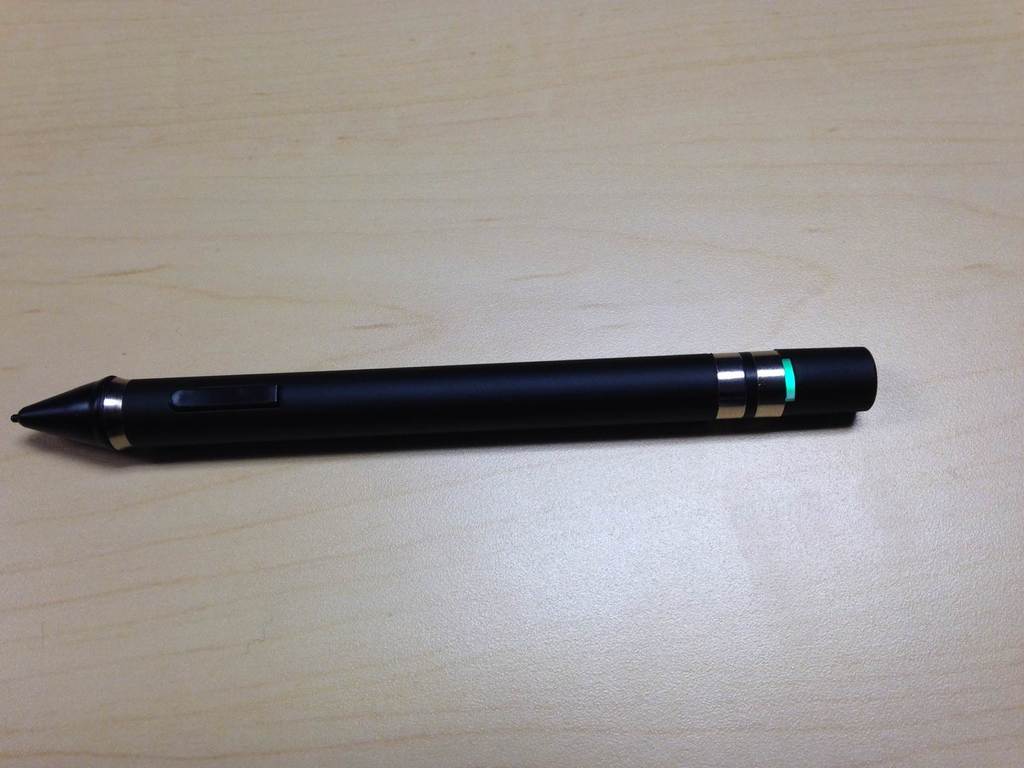 It can be hard to understand how a device like this in an office setting can be of value and even after seeing it, describing how it is useful can be challenging too. I mean, “it helps people work together on a single display” sounds unimaginatively boring, until you see it in action. But once you do see it, it clicks and you see that having an entire digitized version of meeting minutes and collaborations that are typically reserved for whiteboards in your inbox, is profound. 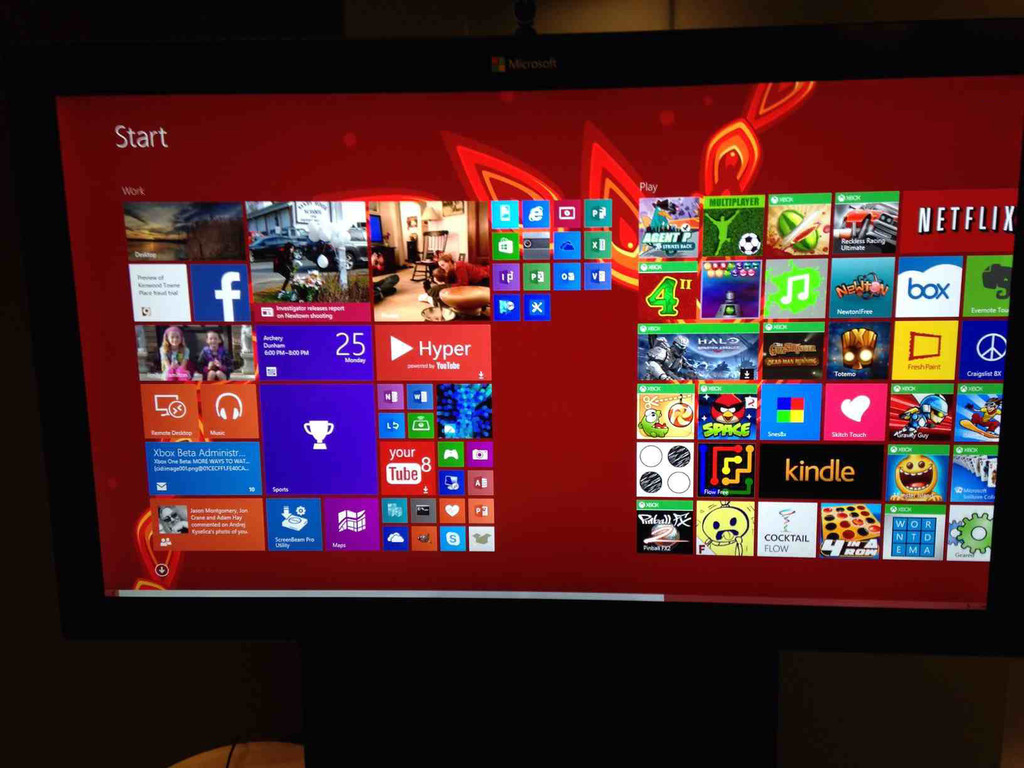 The device is large but that’s exactly what it needs to be. It’s essentially a Surface Pro 2 on steroids and then given a few more energy drinks. Packed full of sensors and Gorilla glass, it's a device that you need to see in person, to truly appreciate.

Beyond the fact that the device is 2.5 inches thick and has a 52in display (80in is also available) and costs over $7000, is the fact that these units are built by hand in the United States. That's right, hand built. This is one of the main reasons these units are still expensive but Microsoft noted that they do expect the price to drop in the future.

These devices are truly unique and it's not until you get in front of one that the value begins to shine. All we know is that if you get offered the chance to play with one, don't pass it up, or you will be missing out on a great piece of hardware.