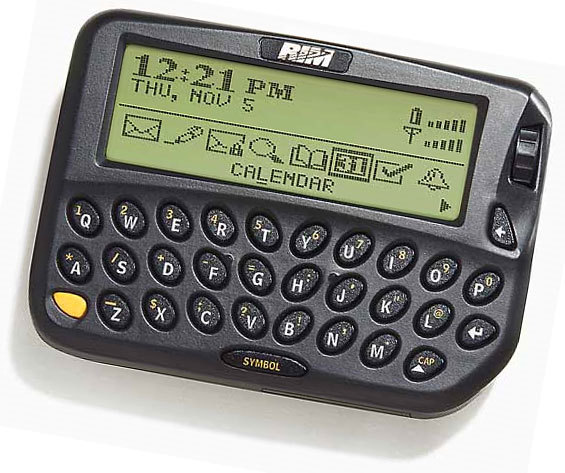 Yesterday was Research In Motion's first quarter earnings call. Co-CEOs Jim Balsillie and Mike Lazaridis didn't have a pretty picture to paint. This Is My Next reports that RIM is claiming 500,000 Playbooks shipped in the product's introductory quarter. Then the news takes a harsh turn, profits are down 10 percent since last year. In addition, RIM's overall earnings outlook for the year was cut from $7.50 to $5.25-$6 per share. The takeaway from all this is that the former smartphone king can't keep up with what consumers want, and it's beginning to show.

But the news gets worse. Bloomberg reported today that Jarislowsky Fraser Ltd., RIM's sixth-largest investor, has sold off over half of its shares of Research in Motion. The chairman, Stephen Jarislowky, is quoted as saying "They are resting on their laurels, Steve Jobs is a much better marketer than RIM," of course referring to Apple's CEO and it's continued success in stealing marketshare from the former mobile giant. At the time of this posting, Google is showing that shares of Research in Motion are down by 22 percent. It's apparent that confidence in RIM's ability to stay relevant to consumers and enterprise is waning.

To compound these problems, this year's Blackberry 7 devices have faced delays. Originally expected this summer, it's being rumored that Blackberry 7 devices such as the company's flagship Bold 9900 are being delayed until September, and QNX based smartphones are nowhere in sight. This is not good news for a company whose newest and unreleased operating system is already being considered dated by many in the industry. Addressing these issues during the earnings call, Mike Lazaridis said that concentrating fully on QNX based phones would have left them with a "product void for most of 2012." Certainly not a good thing given that RIM's two biggest competitors, Apple's iPhone and Google's Android operating system, have annual and semi-annual product releases.

Without being sensationalist, it seems that RIM needs nothing less than a miracle if it wants to stay on top. Enterprise, RIM's long-time dominant field, is being eaten away at by iOS, Android, and soon possibly even HP's WebOS devices. In addition, consumers are starting to identify using Blackberry devices as old and archaic, and many consumers are bound to Blackberry devices because of restrictions from their employers. RIM's situation is reminiscent of Palm's "walk in the desert," referring to the dry spell they experienced between the launches of the Palm OS-based Centro and it's new WebOS-based Pre, which eventually led to the acquisition of Palm by Hewlett Packard. While an acquisition of RIM does seem highly unlikely anytime soon, they still have a huge hill to climb that's only getting steeper.