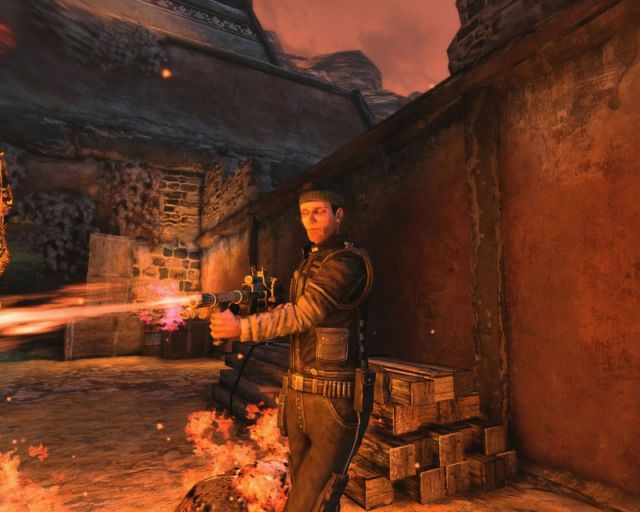 The winning team of 2010's Make Something Unreal mod contest are getting close to releasing their project as a full commercial game. Today, THQ announced that it will be publishing the third person shooter Haunted: Hells Reach on October 25 for the PC. The game, which will be released via THQ's ValuSoft brand, was originally made by a group of mod makers using Epic Games' Unreal Tournament 3 as its basis. The team was the grand prize winner in Epic's second mod contest, which gave the team both a $50,000 cash prize and a full Unreal Engine 3 license to turn the mod into a standalone game.

The game features your character teaming up with others to face down and defeat the minions of Hell with a variety of upgradable weapons. The game features a single player campaign with over 30 levels spread over eight different settings. The game will also feature a co-op mode with up to four players blasting through Hell's forces. Other gameplay modes include a survival feature where endless waves of enemies attack and a Battle mode where four humans go up against four other players controlling demons. Finally there's the Demonizer mode where dead human players come back as demons with the winner being the last human alive. In addition to the PC, Haunted: Hells Reach will be released for the Xbox 360 and PS3 sometime in 2012.

The first grand prize winner of the Make Something Unreal mod contest, Tripwire Interactive, also turned its mod, the WWII shooter Red Orchestra, into a standalone game. That game's sequel, Red Orchestra 2: Heroes of Stalingrad, is due for release for the PC in September.