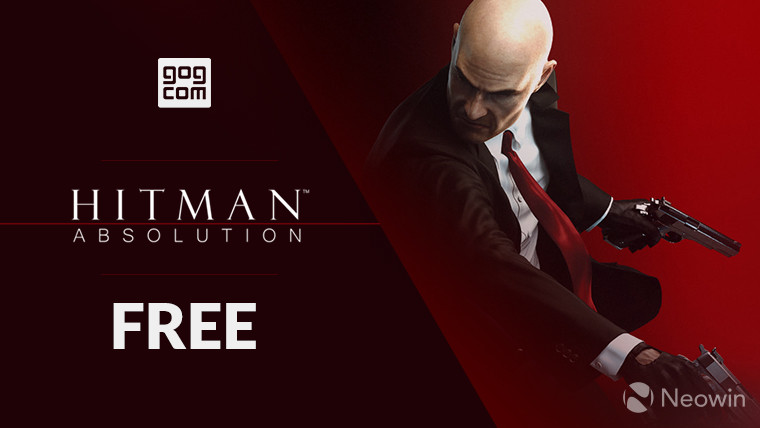 Following in the footsteps of the Total Annihilation freebie from a week ago, and to mark the grand finale of its ongoing Summer Sale in style, GOG is giving away yet another good old game. This time, it's the turn of Hitman: Absolution.

Developed by IO Interactive and published by Square Enix, Absolution is the fifth installment in the stealth series, having been released during the 47th week of 2012, more precisely on November 20. That was done as a nod to the protagonist, the skilled assassin that is Agent 47. Taking place after the events of Blood Money, Hitman Absolution follows 47 as he navigates the consequences of Diana Burnwood's betrayal of the International Contract Agency (ICA).

You can claim the game for free for the next 72 hours. To do so, simply head over to the GOG homepage and click the Summer Sale logo, which should take you further down the page to the banner above. Click the green 'Get it FREE' button, and it's yours.

It's worth mentioning that a separate Hitman HD Enhanced Collection was released last year for current-gen consoles, featuring both Absolution and Blood Money with 4K and 60FPS support. Furthermore, during the PlayStation 5 reveal event yesterday, IO Interactive also took the wraps off of Hitman III, which is set to hit the Xbox One, Xbox Series X, PlayStation 4, PlayStation 5 and PC in January of next year.

Don't forget that GOG's Summer Sale is still on until June 15 at 1PM UTC - 9AM Eastern, 6AM Pacific in the States -, and that there are plenty of free demos for you to try if you haven't already.