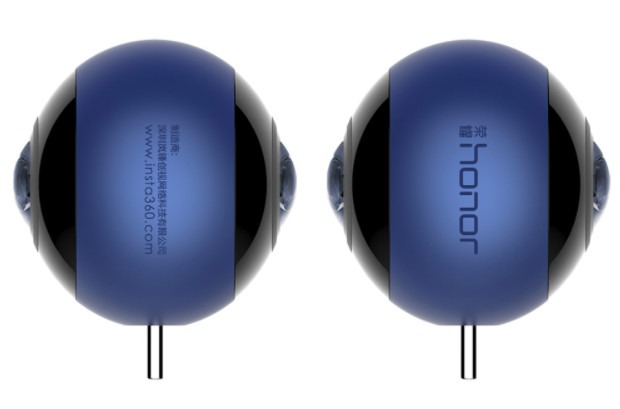 We've come a long way from inventive solutions like strapping multiple GoPro cameras together for 360-degree photography. But, despite overcoming hurdles of complexity and price, the 360-degree camera is still somewhat of a novelty item. Over the past year, more services have started offering support for the format, making it more likely for consumers to adopt the technology.

At a special event in China, Honor announced that it will be partnering with Insta360 to build a 360-degree camera for its own brand of smartphones. While making its debut in China, the 'Honor VR Camera' will eventually be made available internationally. Although the full specifications of the device weren't revealed, what we do know is that it will support 3K photography and live streaming. Judging by the photos, the camera itself looks similar to Insta360 'Air' model, that will soon be available for Android handsets.

Currently, Insta360 offers the 'Nano' as part of its consumer line that physically attaches to the phone. The Nano retails for $199.99 and is compatible with the iPhone. The Honor VR Camera does not currently have a release date.