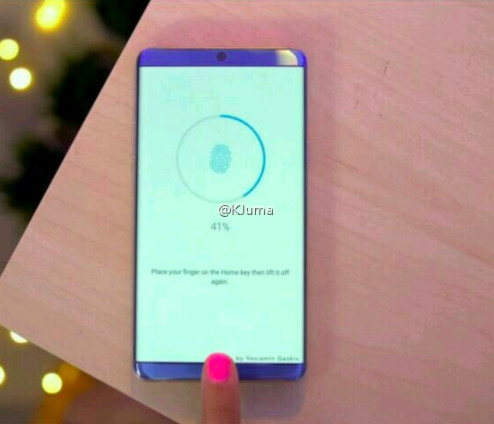 Although Honor didn't unveil its latest handset as hoped on December 7, it did send out invites to a special event that will be held on December 16.

While sources have speculated that the upcoming handset will be a concept device similar to the popular Xiaomi Mi MIX, it is tough to see whether it will be as radical as some reports first indicated.

If the leaked image is to be believed, what we are looking at is Honor's next handset, the 'Magic'. While the bezels on the right and left of the display appear to be razor thin, it's the top and bottom bezels that are a bit more intriguing. If we look at the top bezel, it doesn't appear to have a traditional earpiece but does have a visible circle which could be a front-facing camera. The bottom chin appears to offer a fingerprint reader, but since the finger is blocking the sensor, we cannot ascertain whether it will be a traditional sensor or something that will be embedded under the bezel.

Naturally, this is all speculation at this point, but if the above image is indeed the 'Magic', it is a far cry from the Mi MIX, which is quite possibly the most unique handset that was released this year.