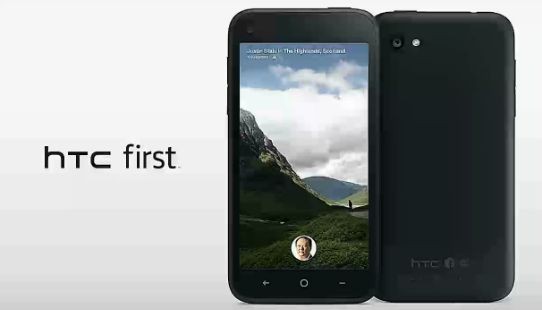 Hot on the heels of Facebook's announcement of its Facebook Home app platform, HTC has now confirmed the previous rumors that it will be teaming up with Facebook to offer a Android-based smartphone that's been designed specially for the Facebook Home platform, the HTC First.

The HTC First will be priced at $99.99 with a two-year contract, and it will be an exclusive on AT&T's wireless network in the U.S. It will officially go on sale April 12th, but pre-orders for the device should launch on AT&T's website later today. During the press conference, Facebook CEO Mark Zuckerberg stated that the HTC First would also be sold in Europe via EE and Orange but no other details were revealed.

The device will have a 4.3 inch screen along with a five megapixel rear camera. The smartphone will also come in a number of different colors, including matte black, white, red and pale blue, perhaps as a nod to HTC's Windows Phone 8X devices.