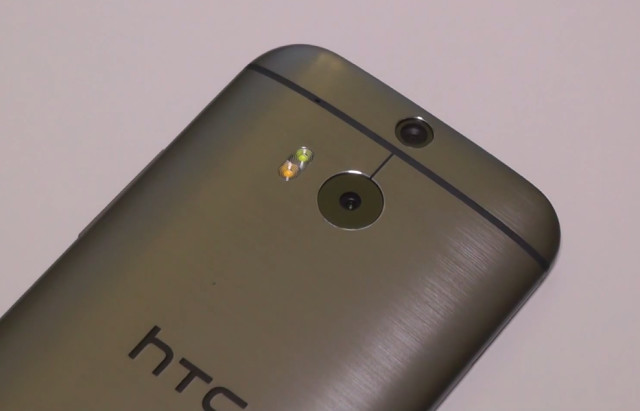 Another full-length video has leaked courtesy of user Hans Meyer on Youtube. The new HTC One will be announced tomorrow at a press conference in New York. But, before the official announcement the leaked video (which is in German) gives a detailed look at the familiar handset. While the video does not deep dive into specifications it does give a great general overview of the device including some interesting features of the dual-camera.

This feature can be seen in detail at the seven minute mark where he shows the focus shifting capabilities of the HTC One. It seems like the dual-camera is meant to allow users to correct the focus after the picture has been taken. This works in a similar fashion to Nokia Refocus application that can be found on current Lumia handsets. Another neat camera trick is the ability to transform any photo into a 3D image. This can be seen at the 8:35 mark, which gives the user the capability to transform a 2D image into a 3D one. Although the effects look minimal in the video, I'm sure when experienced in person the effect is more impressive. Although I'm not sure how much functionality or day-to-day use this feature would have on a standard user, but it is interesting nonetheless.