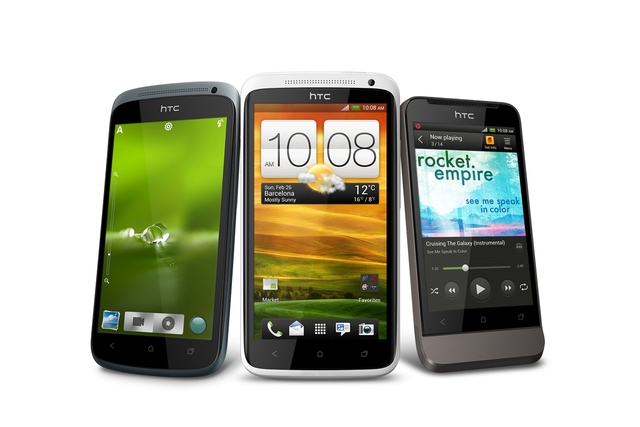 HTC today announced their latest devices at Mobile World Congress in Barcelona. The company has unveiled the "HTC One series" which is a set of three phones the company hopes can bring back their slightly lagging marketshare, and steal ground from Apple.

The devices are HTC's first official foray into Android 4.0 territory, and broadly feature simpler devices with high speed internet access. Each device comes with Beats Audio too, which seems to be the hottest thing in audio right now. 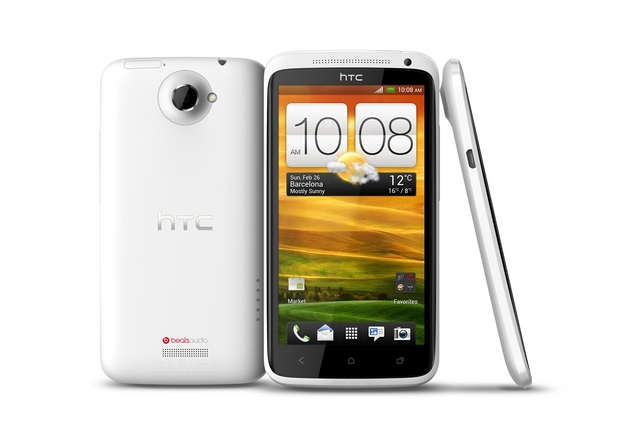 The HTC One X features a 8-megapxel camera that is claimed to be "best in class" (we're not sure how it'll stack up against the Lumia or iPhone, though). It's encased in a polycarbonate unibody, and has an nVidia Tegra 3 processor onboard, with a 1.5GHz that has "Super 4-Plus-1" technology that features a fifth, battery saving core. The GPU is a 12-Core nVidia based chip that's not named. If you're looking for performance, this is it in 2012.

The One X also has a 720p screen coming in at a massive 4.7" and it features Super LCD 2 technology, making it super bright and incredible for viewing from every angle. Finally, the device requires a MicroSIM for connectivity.

It's not entirely clear, but it looks like if you want LTE, you'll be able to get it in the US, but you'll have to switch to a Snapdragon 1.5GHz dual-core to get it. If we're reading that right, there are two "ones." 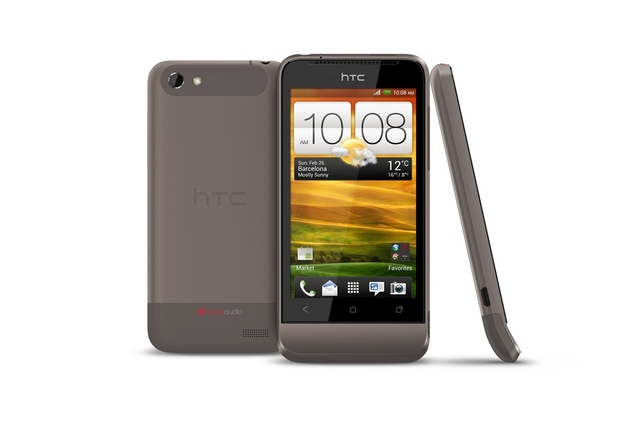 Rememeber the HTC Legend? It's back, with the One V, it borrows from the design of the device and features a similar aluminum unibody design. Onboard, you'll find a 1GHz single-core Snapdragon, a 8 megapixel camera and a regular sized SIM slot.

The HTC One V is clearly targeted at the first time smartphone owner, or someone who doesn't need the performance the One S and X offer and should come with a much lower price point. 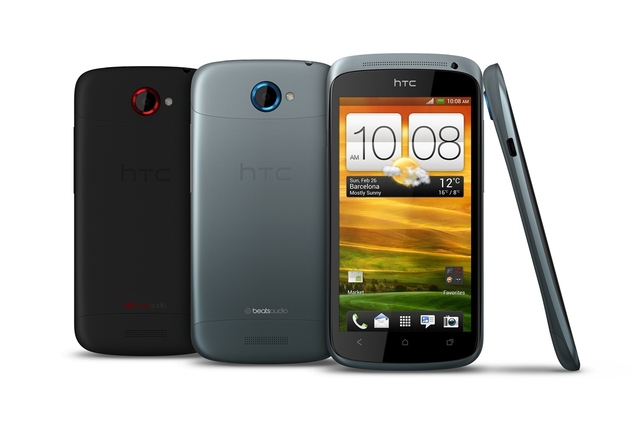 It looks like HTC might have been the first to realize that everyone doesn't want a huge screen. The One S targets that group of people (or more specifically, iPhone owners) and comes with a easier to manage 4.3" screen. The hardware features a 1.5GHz dual core Snapdragon CPU from Qualcomm, and is just 7.9mm thick, which is HTC's thinnest phone yet. For context, the Droid RAZR is 7.1mm, so it's not much thicker than one of the thinnest devices on the market.

The One S also features a new Ceramic metal surface that apparently was developed for use in satellites. According to HTC's press release, this is to let the phone look great over a large amount of time. The device requires a MicroSIM for connectivity. It's also got a 8-megapixel camera, the same one that's in the other two devices, but it features a dedicated image processing chip and a f2.0 lens, which might be enough to take on the iPhone 4S.

It's great to see HTC simplifying and unifying their device line up to reduce consumer confusion. The Android hardware market is confusing at best for many, and having a line up of devices like this should help reduce that. HTC is now featuring Android 4.0 as standard on future devices, and are pushing into new markets by touting hardware that other manufacturers don't have yet.

The best part about these devices? They'll be available in almost every market. Check out the list below if you're already sold;