HTC announced the Windows Phone 8X and 8S smartphones earlier in September. While both Windows Phone 8-based devices won't be coming out for a few more weeks, the company is still talking about the products and their features.

With the 8X, we’ve introduced a 2.1 MP front-facing camera with an F/2.0 lens; basically, the camera lens lets more light in, making it easier to take crisper pictures.  But my favorite feature with the front-facing camera is the super wide angle lens. You won’t find another phone with a camera like this on the market. 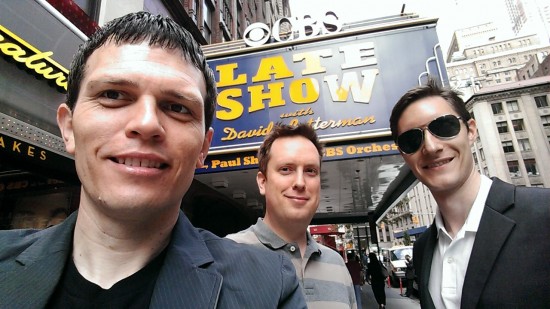 The blog has an example image that's taken from the super wide angle lens. Apparently, the three people in the image love Dave Letterman a lot.

Rutter also talks about what he likes about Windows Phone 8 itself, including the new multiple sizes for Live Tiles. The Windows Phone 8X from HTC should launch sometime in early November.