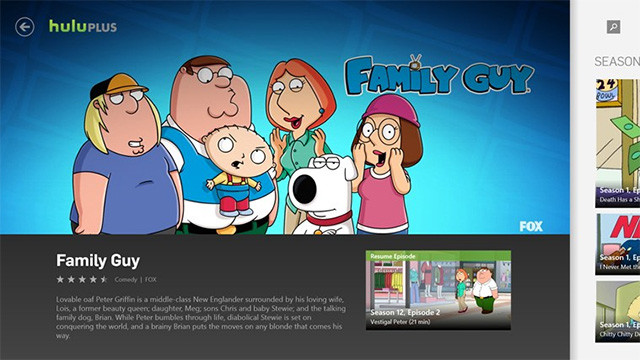 According to a blog post on the company's website, Hulu will offer "a selection of ad-supported full TV episodes on mobile devices." Additionally, the company announced a new version of its Hulu Plus app for iPhone, which will launch later this summer. The blog post doesn't detail what that "selection" will entail, but it will presumably be the same episodes available to watch for free on desktop computers.

Currently, users can watch some shows and episodes through Hulu for free on desktops, though the selection is typically limited compared to its subscription-based Hulu Plus service. The free desktop streaming typically includes the five most recent episodes of shows, while older episodes are often available through Hulu Plus; episodes typically are available on the service the day after they air live.

It's not clear if the free viewing will be available on all Hulu mobile apps or if the company will launch a mobile website. If free streaming is available through mobile apps, it's not clear how that would work on Windows tablets, as the same app, which is currently restricted to Hulu Plus subscribers, is used for desktop computers. Neowin has contacted Hulu regarding the Windows app and will update this article if a response is received.