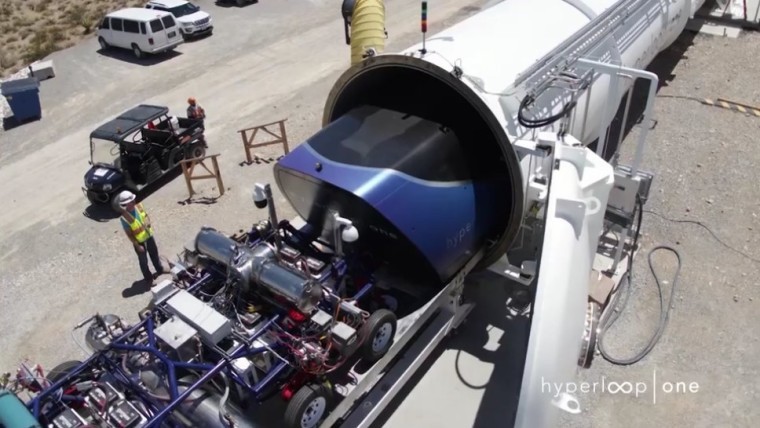 Hyperloop One is currently the only company in the world that has built a full-scale Hyperloop prototype. On May 12, the firm completed its first successful full-system test in its 500-meter-long test track in Nevada, where its XP-1 prototype pod pulled 2Gs and reached 70mph.

Today, the LA-based startup has announced that it has successfully completed its second test, with the 28 feet long aluminum and carbon fiber pod reaching a much higher top speed of 192mph, before slowing down to a stop. The pod glided above the track using magnetic levitation and traveled through a nearly airless tube that was depressurized down to the equivalent of air at 200,000 feet above sea level; this system allows for a theoretical top speed of 760mph. You can watch a recap video of the test below.

Shervin Pishevar, co-founder and executive chairman of Hyperloop One, said in a statement:

The latest test was a big step up from the company’s last test in May, as the pod traveled 4.5 times further and reached 2.7 times faster speeds. It seems the race for the first commercial Hyperloop is on, as another LA-based startup, Hyperloop Transportation Technologies, also has a plan to build its own ultra-fast system, and Elon Musk’s Boring Company has received verbal approval to build an underground Hyperloop connecting New York City, Philadelphia, Baltimore, and Washington, DC.