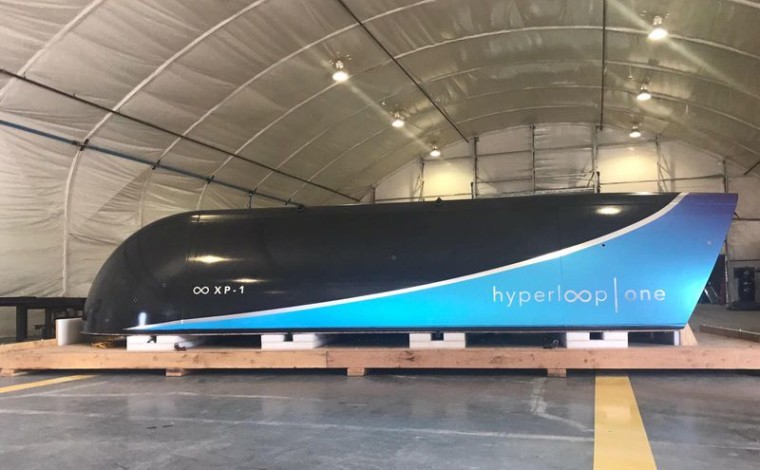 Hyperloop One, a company that was formed to commercialize the Hyperloop concept, which Tesla and SpaceX CEO Elon Musk proposed and explicitly open-sourced in 2012 (PDF), completed its first successful full-system test, which took place on May 12 in the company's test track in Nevada.

DevLoop, as the track is called, is 500 meters long and its construction began in October. Although the company's aluminum and carbon fiber pod is designed to carry humans and cargo at near supersonic speeds, during the test it pulled 2 Gs and reached 70 mph. In the next phase of testing, the company hopes to reach 250 mph. The company released a video of the achievement which you can see below.

The system uses electromagnetic propulsion and magnetic levitation technology, and theoretically, it can propel pods through a reduced-pressure tube at speeds of up to 750 mph. Shervin Pishevar, co-founder and executive chairman of Hyperloop One, said in a statement:

“Hyperloop One has accomplished what no one has done before by successfully testing the first full scale Hyperloop system. By achieving full vacuum, we essentially invented our own sky in a tube, as if you’re flying at 200,000 feet in the air.”

Last month, the company announced a list of potential Hyperloop routes that could link a number of different European regions and cities, as part of its Hyperloop One Global Challenge. There are many other companies that are fighting to be the first to commercialize the Hyperloop concept, though. One of the competitors, Hyperloop Transportation Technologies, recently signed a licensing deal with the South Korean government for a system that will theoretically reduce the time needed to travel from Busan to Seoul from three hours to just twenty minutes.