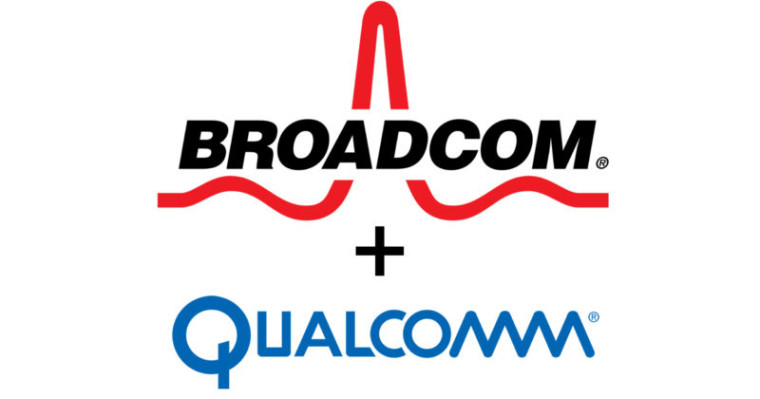 In a renewed attempt at another 'hostile takeover', Broadcom has raised its offer for Qualcomm from a $105 billion back in November to $121 billion. The new offer prices Qualcomm's shares at $82 a piece, 17% higher than their original offer. Broadcom has stated the offer will be their "best and final offer".

The initial move by Broadcom was seen as opportunistic by some given the drop in the stock price of Qualcomm following the start of the legal battles with Apple and investigations and fines they received for anticompetitive practices. Qualcomm fended off the initial offer from Broadcom with CEO Steve Mollenkopf saying the company plans to add significant extra value for their shareholders with their more recent forays into IoT and the coming move to 5G.

Broadcom Ceo, Hock Tan, has stated: "It’s an offer that provides more value to the shareholders of Qualcomm than any standalone value that Qualcomm has tried, or may think they can try to create.” However. Qualcomm previously argued the deal would be unlikely to clear regulatory approval, as the purchase would give Broadcom a near monopoly on the wireless communication industry. In a proactive attempt to avert such a situation, Hock Tan stated he has identified two overlapping businesses that he is willing to spin-off into a new company, and that Broadcom has already started the regulatory process in the U.S., China and Europe.

The current valuation is around 28% higher than Qualcomm's stock valuation immediately following the second offer. Broadcom has stated the offer is contingent on Qualcomm completing their purchase of NXP or terminating the purchase.

As of yet, Qualcomm has not responded to the renewed offer, but if the shareholders are interested in the sale, this will likely be their last chance. If the deal does go through, this would be the largest tech deal ever. Recent moves by Qualcomm may convince shareholders to stay for the long ride, however.