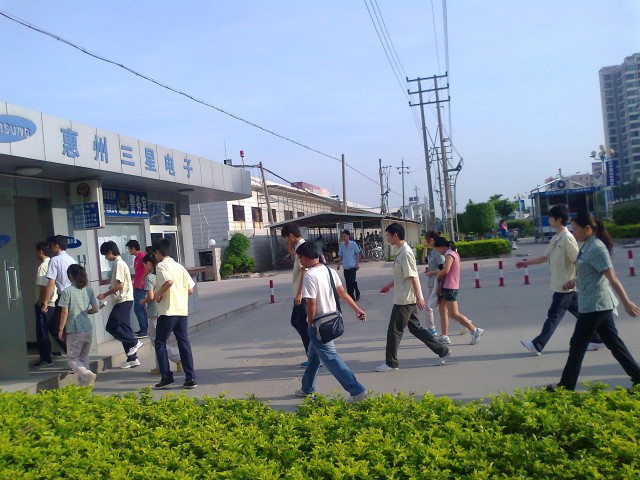 In 2012, human rights organization ‘China Labor Watch’ accused Samsung of treating its workers in an “inhumane” fashion. The U.S based group claims child labor was rampant in Samsung’s supplier factories, where student laborers accounted for 80% of the workforce. Workers were also subjected to long work hours and forced overtime.

Since then, Samsung has promised to stamp out poor working conditions by the end of 2014. The latest external audit on Tuesday suggested conditions had not significantly improved across Chinese locations, despite the promise. The tech giant released the findings in its social responsibility report which details its 100 suppliers. The latest issues include a failure to provide safety gear and excessive working hours.

The findings come as no surprise to human rights groups. An audit conducted last year found similar breaches that put workers at risk. As many as 48 minors were at risk from a lack of protective equipment and dangerous usage of chemicals; most suppliers continued to force workers to work overtime without compensation.

Samsung has since called for an immediate end to the abuse and demanded suppliers to work within Chinese workplace jurisdiction. It further asked suppliers to reduce overtime, provide safe equipment and adequate training for workers.

“Samsung Electronics urges all of its suppliers to comply with their established code of conduct, while identifying problems and making improvements through regular monitoring."

The company claims there were no instances of child labor in the latest audit, and that it will continue to work with suppliers to eradicate poor working conditions. With the end of the year rapidly approaching and the promise to regulate over 200 suppliers, one must wonder whether Samsung has bitten off more they can chew.