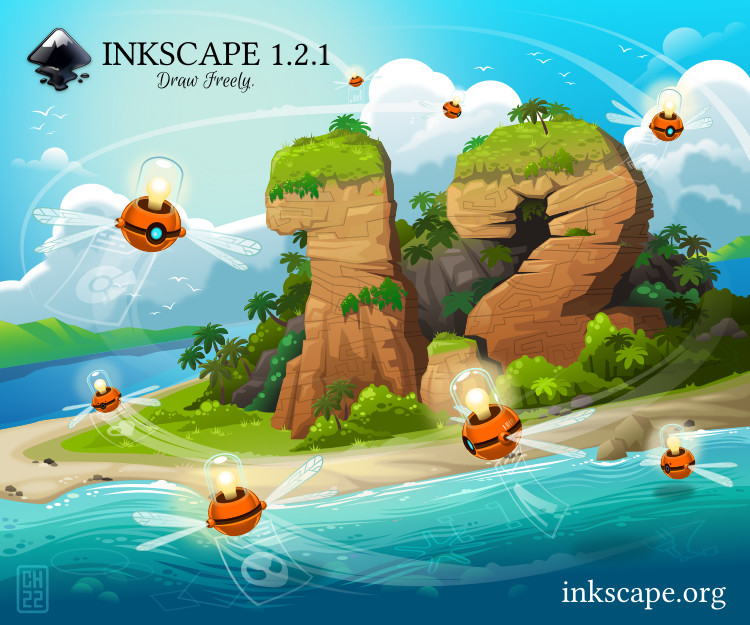 Inkscape 1.2 is the latest major Inkscape release that brings you many fresh new features and new functionality.

Inkscape 1.2.1 is a maintenance and bugfix release, which brings you an important fix for a bug where a loss of data occurred, that could only be discovered when the file was saved and opened again.
It also ensures that filtered objects in multipage documents show up on all pages of an exported PDF, not only the first.
In addition to these critical bug fixes, this version features more than 5 crash fixes, over 25 bug fixes, 4 fixes for extension bugs, 15 improved user interface translations, 3 improved documentation translations and updated documentation.

To learn more, see the full release notes for Inkscape 1.2.1