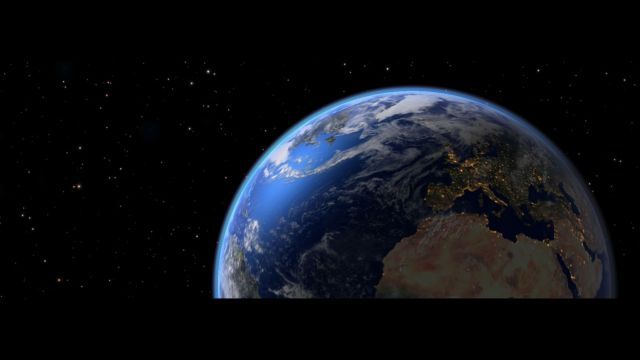 There's nothing more beautiful than the night sky, and there are plenty of PC and mobile apps out there that attempt to show off the wonders of the universe. One of them is Star Chart, made by UK-based Escapist Games. The team created a version of Star Chart for Windows 8 for its early pre-release versions, and it has received lots of acclaim for its visuals of the solar system and constellations, along with its Augmented Reality features that give tablet owners information about what part of the night sky is visable when you point a tablet up to the heavens.

We got San Shepherd, the co-founder of Escapist Games, to talk about the Windows 8 version of Star Chart, which now has a paid $5.99 version available to download from the Windows Store ahead of the launch of Windows 8 on Friday.

First, what can you tell us about Escapist Games in general?

Escapist Games is a small game and app development studio located just outside London. Most of us have many years of AAA console game development experience working at companies like Electronic Arts & Codemasters. Founded by Chris Walley and San Shepherd, Escapist Games was set up to take advantage of the newly available direct-to-consumer digital distribution channels recently made available to small developers.

How did the idea for Star Chart come about?

We're all kids at heart, and space has always been a big part of the wonder of childhood; certainly for us at least. From Star Wars to old school Elite, we grew up with a sense of excitement at what was out there. Anyway, about thirty years later, Chris was playing with his new iPhone 3Gs - purchased with all the profits from our endeavours within the XBLIG market - and he realized that it would be possible to make an AR star gazing app. That the addition of a compass, accelerometer and GPS would make it possible to actually point at stars and work out what they were. A month later we shipped a very first version. It's snowballed since then.

We loved the idea of Windows 8 from the first moment we heard of it. Bringing the same apps to a wide range of devices from tablets to laptops to desktops, is just brilliant. Structuring software into an app store is something that has been long overdue on Windows. Being able to un-dock your tablet and walk outside to point it up at the night sky is a perfect example of how Star Chart can be used to make the most of this range of versatility. In our mind it just worked, and that's what we've been striving to deliver with Star Chart on Windows 8 - an app that is tailored to any form factor.

How did you get the Windows 8 AR support to work?

Getting AR to work on Windows 8 was a bit of a challenge as we started developing the tech before the hardware was available to work with. We had to buy a USB sensor board to test with, and we hoped that the implementation would be similar in shipped hardware devices. This seems to have paid off, but we have had to limit AR to devices that have a minimum update rate that allows for a smooth experience. We're hoping that this should ensure a smooth experience on all compatible devices.

Working with touch screen is a little bit like working with AR - it's not so much the tech that is a problem, it's making the experience smooth and seamless to consumers. This requires a lot of thought and attention, not least because touch is in nearly all cases only one of many options available to the end user. I'd highly recommend developers spend a good chunk of time on the polish, not just the implementation - in our case I'd say polish takes up two to three times the implementation. This is the only way to ensure a top quality product. 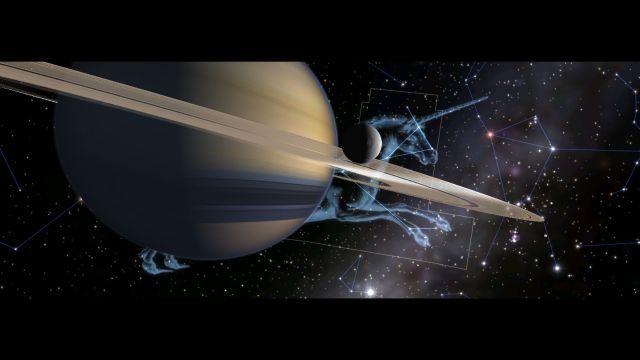 What's the reaction been like to the Windows 8 version of Star Chart so far from the preview versions?

Star Chart has been very well received. This is despite most people not having machines that support touch and / or AR. We're really looking forward to seeing the feedback from consumers that have newer PCs. For example we have an Ultrabook in the office with AR and touch, and Star Chart works beautifully on this. From rendering beautiful high quality better-than-HD graphics at 60 frames per second, to a smooth AR experience, to effortless touch interaction. We love all these new gadgets and we really enjoy tailoring Star Chart to them.

You just launched the paid version of the Star Chart app for Windows 8. What new features have you added to it?

The latest version of Star Chart has been highly focused on increasing the visual quality and depth of the app. Amongst other things, this means new technology for ray tracing and shaders through to higher quality imagery. This mixed with the ability to travel between the planets, exploring their rings and moons, means we're matching HD documentary quality graphics while allowing for users to interact with everything in 3D. We've now got swirling clouds on Jupiter, shadows of moons stretching across the surface of planets, normal maps on rocky bodies, accurately modelled sunlight refraction through atmospheres, and a whole lot more. Sitting back and watching the tours of each planet is something we never tire of, and most people we show these to believe they are pre-rendered videos, not actual in-app content running in real-time.

What plans do you have about adding to Star Chart in future updates?

The great thing about Star Chart is that the universe is practically infinite, so there's more than enough content we want to add to the app to last a life-time. We want to work with input devices, new rendering techniques, more detailed data from the world's space agencies, etc. I'm not going to let the cat out of the bag just yet, but we're very likely to be adding even more cool content very soon, things that will both enhance the visual appeal and quality while also increasing the educational value of the app. However, you can absolutely count on us continuing to maintain and update Star Chart for as long as we're able.

We're very aware of comments made by other developers complaining about Windows 8 making for a more closed system. This is not a sentiment we share, and to be honest is slightly baffling. In our opinion, Microsoft have left Windows 8 open to larger developers like Valve via access to the traditional desktop, while also providing smaller developers like ourselves with a structured app store that allows us to run safely and securely within our own little gated garden. In our opinion, it's the best of both worlds. We can understand that Gabe Newell feels that his business model is threatened, however we're not so sure he's right. We love Steam, and are happy to run it on our Windows 8 desktops. But we'll also happily buy and run apps from the Windows 8 App Store. If he's concerned about loosing his semi-monopoly, then yes he's right to be scared. But if he can continue to deliver brilliant games and services for hard core gamers, then he's got nothing to worry about.

The only thing we have to say about the upcoming launch of Windows 8 is that it's going to be really exciting. It hasn't slipped our attention that our accountant, who currently owns an iPad, is extremely eager to get his hands on a Windows tablet that lets him run excel, word, etc. While my mum is an Apple convert, my father just wants a slicker machine that lets him do everything a desktop does while also being able to use it on the sofa - i.e. a Windows Tablet. We think there are a lot of people in the world that don't want to "convert to Apple", and that Windows 8 will give them everything they are looking for… including Star Chart ;)

We would like to thank San for answering our questions!