The latest iPhone launch has been scheduled by Apple for the 7th of September, and if there was any doubt regarding the name of the device, Vodafone Netherlands has now confirmed it to be iPhone 7. 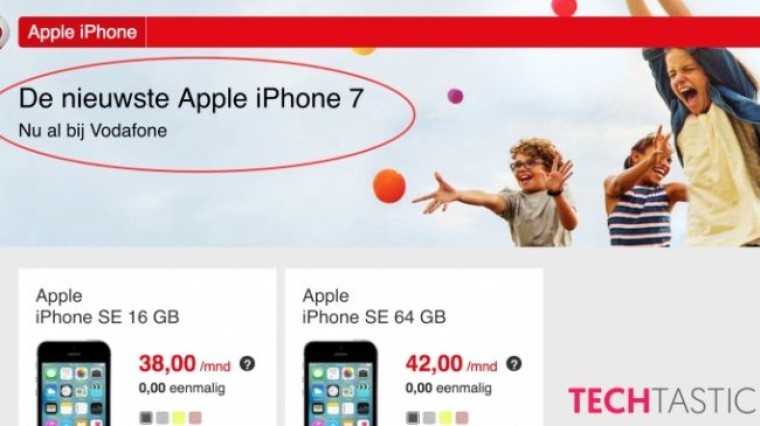 First spotted by Techtastic, the iPhone 7 name appeared on the Dutch carrier's website for a brief period of time before being removed. This effectively puts the speculation behind the naming of the device to rest.

Techtastic has also provided details about the hardware specifications of the iPhone 7 and the iPhone 7 Plus compared to the 6s and 6s Plus, which are as follows:

iPhone 6s Plus vs iPhone 7 Plus

For things that didn't get a mention here, we can look forward to the official Apple event which is just over a week from today.